Farhan Akhtar’s Rock On 2 was expected to be a bigger success than its prequel however it turned out to be the opposite. Rock On 2 released on Friday, amid of demonetisation and managed to collect only Rs 2.02 crores on the first day, which is a complete disappointment.  However, on Saturday, the film collected Rs 2.41 crore and Rs 2.58 crore on Sunday. Its second day collections were also quite low. The total collection uptill now is 7.01 crore 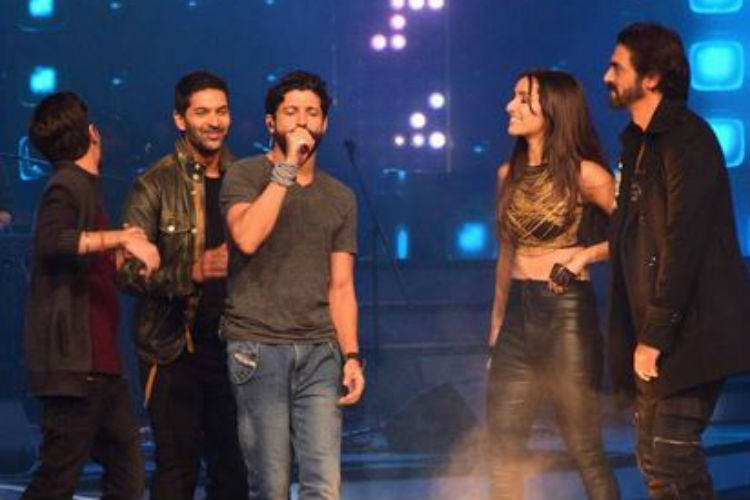 There could be many reasons for this debacle at the Box-office. The first reason could be the recent announcement by the Modi government to demonetise Rs 500 and Rs 1000 notes which may be the main cause for the low collection as people are busy sorting the money issues for themselves. However, this couldn’t be the sole reason for the film not doing well.

However, this couldn’t be the sole reason for the film not doing well. The buzz around the film too failed to pull the audience in the theaters, while even the music didn’t hit the right chords. 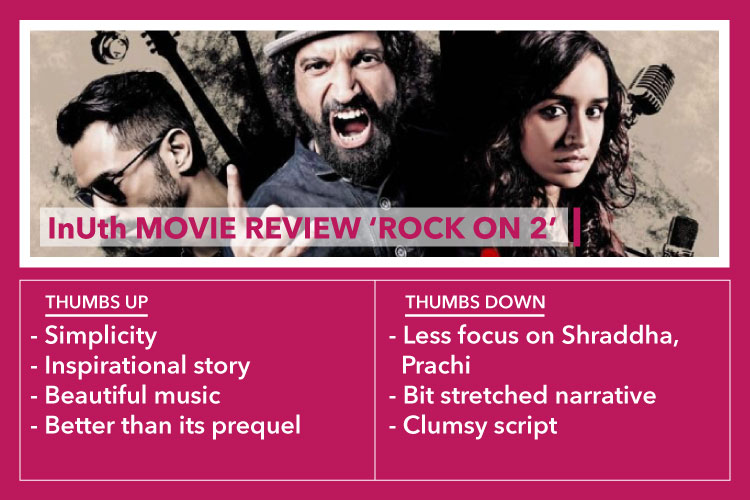 Now only time will tell, whether the Rock On 2 magic will be able to cast its spell on the audience in the next few days or not. Shujaat Saudagar’s film Rock On 2 has Shraddha Kapoor, Arjun Rampal, Purab Kohli, Prachi Desai and Shashank Arora.

Rock On 2 is a sequel to 2008 musical drama Rock On directed by Abhishek Kapoor. The plot of the movie revolves around two different generations – the older one comprising of Farhan and is Magik members, and the younger one consisting of Shraddha Kapoor and actor Shashank Arora.