Filmmaker Anurag Basu’s next release Jagga Jasoos is the longest film of 2017. The film features Katrina Kaif with Ranbir Kapoor. The two have earlier been featured together in  Ajab Prem Ki Ghazab Kahani and Raajneeti.Featuring the duo after a gap of almost six years, the film turned out to be the longest film of 2017. If reports are to be believed, the run time of this film is 2 hrs 50 minutes. Jagga Jasoos is all set to hit the silver screens this Friday, July 14.

Witten and directed by Anurag Basu, the film has been jointly produced by Basu and Ranbir Kapoor. Also starring Adah Sharma in a pivotal role, the upcoming musical adventure romantic comedy narrates the story of a teenage detective son, who is in search of his missing father. This is the first time Katrina has acted in a musical and one which took three years to be made, as Jagga Jasoos is the much-delayed project. The film also marks the comeback of both Ranbir and Katrina post their alleged break-up.

Meanwhile, Jagga Jasoos has been compared with Hollywood film Tintin, however, during the promotion of the film, when Ranbir was asked to share his views about the same, he said that apart from the hairstyle of the character he plays in the film, there is no reference point he had to play Jagga. 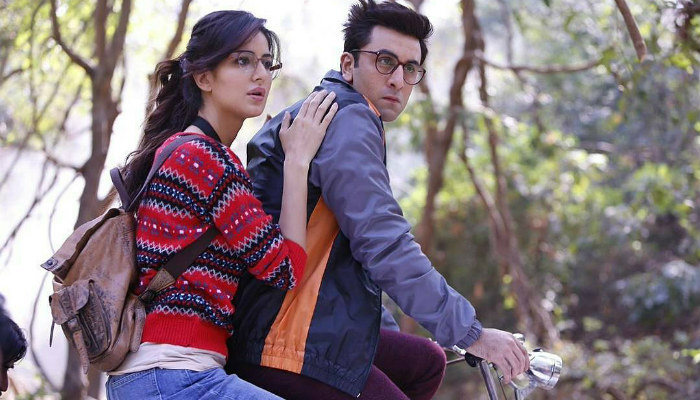 “I think Dada (Basu) has taken different influences from his favourite childhood detective stories like Byomkesh Bakshi, Tin Tin, Feluda… but I can tell you that it’s a very interesting original story and not inspired by Tintin. I had no reference point of this character.” news agency IANS quoted Ranbir as saying.

Also Read: Ranbir Kapoor has a sweet response to Katrina Kaif’s statement on not working with him post Jagga Jasoos

Jagga Jasoos is Ranbir Kapoor’s second Bollywood outing with Anurag Basu. They have earlier worked together in 2012 release Barfi.

With Inputs from IANS