R Madhavan and Vijay Sethupathi-starrer Tamil blockbuster Vikram Vedha (2017) is all set for a Hindi remake. Reliance Entertainment announced the project through Twitter on Thursday:

Drawn on the lines of Indian mythology and folk-tale of Vikram Betaal, Vikram Vedha went on to become a blockbuster, earning about Rs 50 crores in India.

In the Tamil version of the movie, Madhavan played a no-nonsense police officer, on a mission to capture the cunning smuggler, Vedha (Vijay Sethupathi). The cast for the Hindi version of  the movie is yet to be finalised. 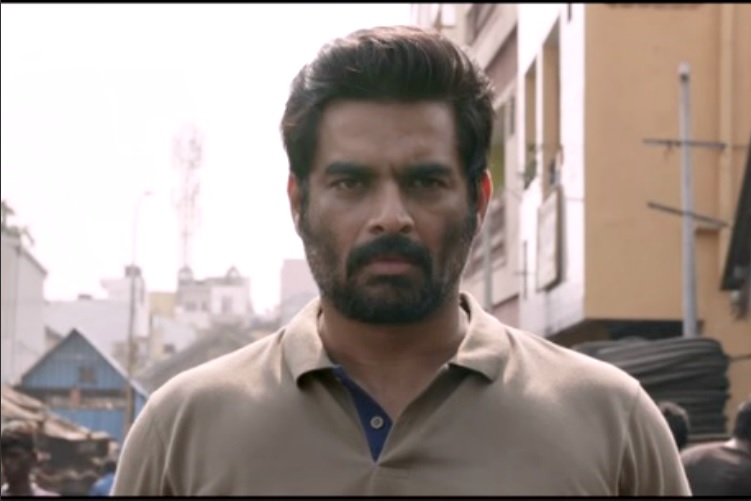 R Madhavan in a still from Vikram Vedha / YouTube

Getting nostalgic about his experience of shooting with the team of Vikram Vedha, Madhavan told IANS:

“I would love to take the film, the entire team of ‘Vikram Vedha’ to Bollywood. This is a team I don’t want to let go of. The same story can be set in Mumbai. If everything works out, we could make it in Hindi.”

The Bollywood remake would retain its original directors, Pushkar and Gayatri, who also wrote the script for the Tamil version. Director-producer Neeraj Pandey would be the scriptwriter and co-producer of the movie with Reliance Entertainment. Pandey has scripted stories for movies like A Wednesday (2008),  Special 26 (2013), Baby (2015), MS Dhoni: The Untold Story (2016) and Naam Shabana ( 2017) to name a few.

Talking about the movie, in the press statement released by Reliance Entertainment, Neeraj Pandey said:

“Vikram Vedha is a unique film and this story has to be retold to the Hindi audience world over. We have all grown up on the Vikram Betaal mythology, but this out of the box contemporary treatment makes it a must see movie.”

Watch the trailer of the Vikram Vedha here :

Earlier, Bollywood has had superhit Hindi remakes of Tamil movies like Wanted, Bodyguard, Singham, Ghajini and Chachi 420 to name a few.