It is no hidden fact that Salman Khan loves his family and his pets more than anything in life. Salman’s love for his two dogs is unconditional. And time and again, he has shown his fondness for his pets either through posting their pictures on social networking site, by getting them on his shows or recently immortalising his dogs in a plaque.

Having a pet is not at all difficult but loving them unconditionally, giving them enough time, caring for them, making a part of your lifestyle can be a tedious job. This superstar doesn’t find it hard to keep up with his pets. Even in his busy schedule he does give them time and loves them deeply. From kissing to hugging, to sleeping with them, he shows all these gestures to prove his love for his pets. 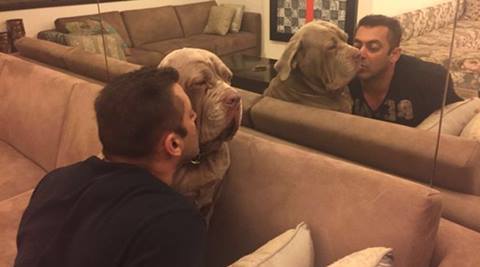 His love for dogs goes down a long way, he owned two bull mastiffs called Myson and Myjaan whom he loved very dearly, who passed away seven years back. After MySon’s death in 2009, MyJaan took ill a few months later and passed away. This incident was very disturbing for Salman himself as he treated both of them as his children. Recently, MySon and MyJaan have been immortalised in a plaque installed on the traffic island outside Mehboob Studio which is a stone’s throw away from the actor’s residence. It is also said that his debut production venture ‘Chillar Party’ was a tribute to his own dogs. 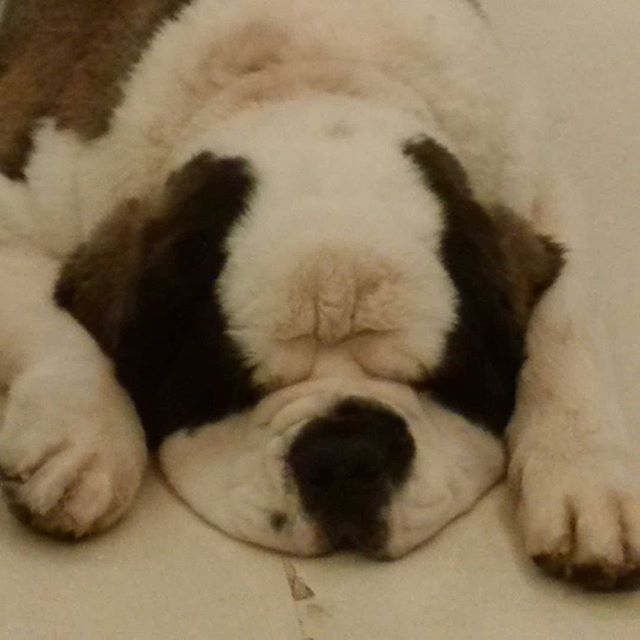 However, the emptiness was filled soon and Salman got more pets for himself. Mowgli which is a Labrador Retriever, Saint (St. Bernard), MyLove (Neapolitan Mastiff), & Veer (French Mastiff, now passed away). 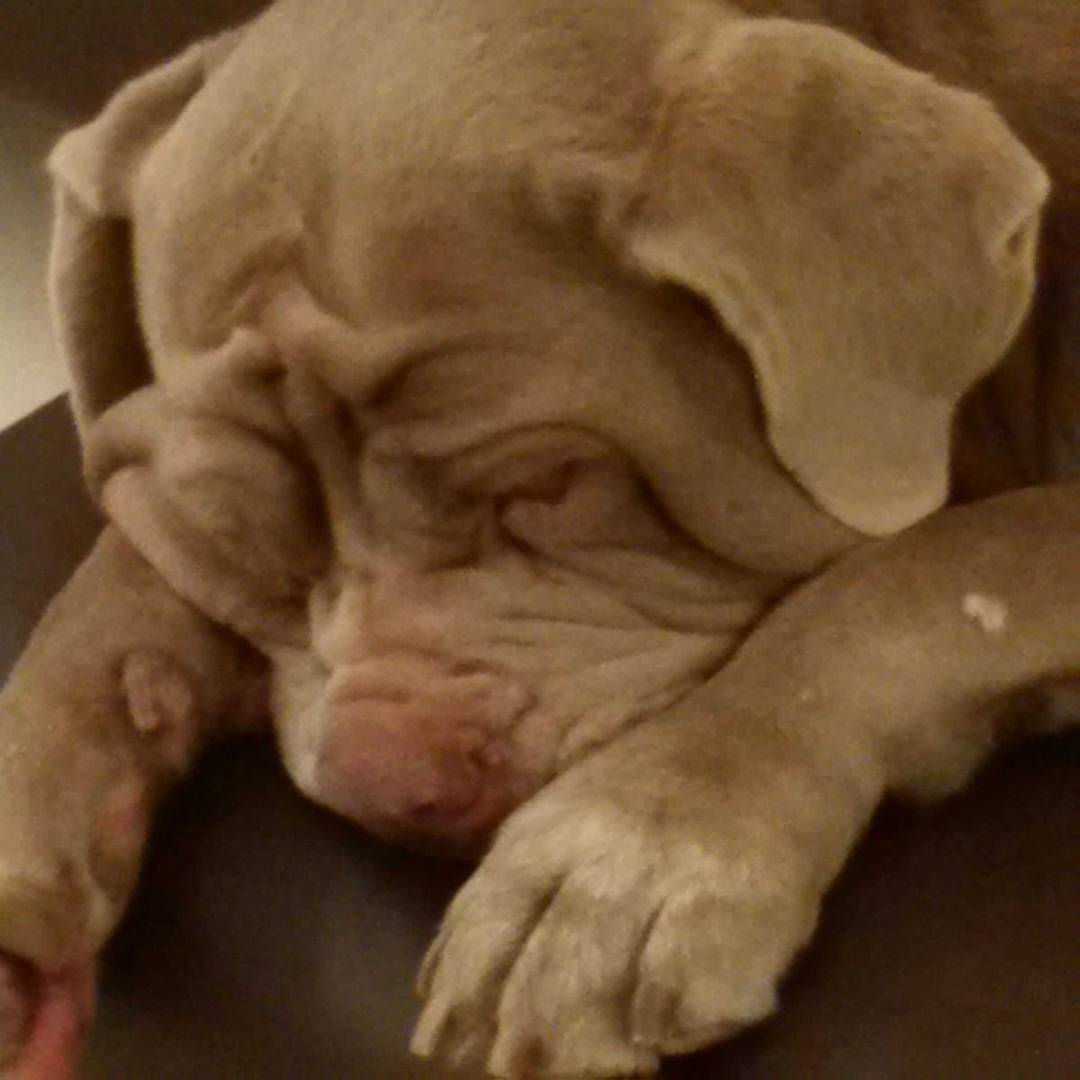 While shooting for Prem Ratan Dhan Payo last year, Salman posted a very emotional picture of his with Veer who passed away. The picture spoke for itself, as you would see Salman holding the Veer’s paws and lying next to him. We also see Salman’s lucky bracelet on the pets hands. That show how much Salman loved him. 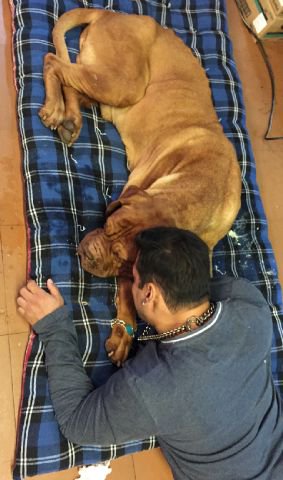 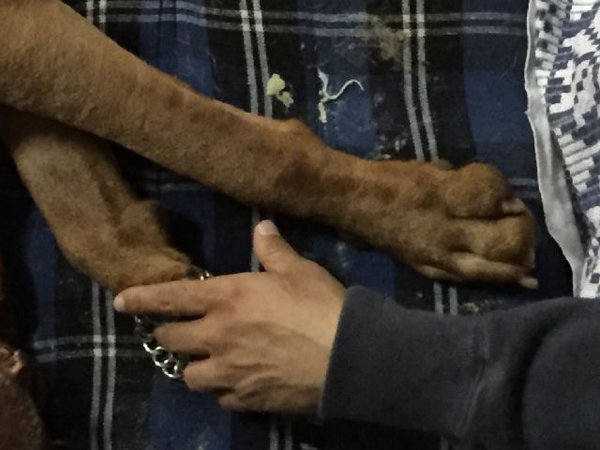 Salman was once heard saying that he has learned patience and forbearance from his pets. They teach him unconditional love.

Showing his love once again on his adorable pets, he posted some super cute pictures of Saint and MyLove sleeping, with a funny caption. He also did not forget his first pets MyJaan and MyLove.

There is always a debate on who is Salman dating but as he is always occupied with work, he only loves to give his other time to his canines. When Salman returns from shoot every day, he first spends time with his pets and then carries on with rest of his works. He takes his pets on the sets so that he can spend enough time with them.

Once, he brought his pets on the sets of India’s Got talent show. The Dabaang star hates referring them as pets or dogs, they are his children and his life, they are like his family.

It has happened many times when Salman has left his shooting in the middle just to be at the side of his ailing pets. During Bajrangi Bhaijaan shoot one of his dogs was unwell and he flew down to be by his side. This kind of unconditional love is hard to find in today’s world. 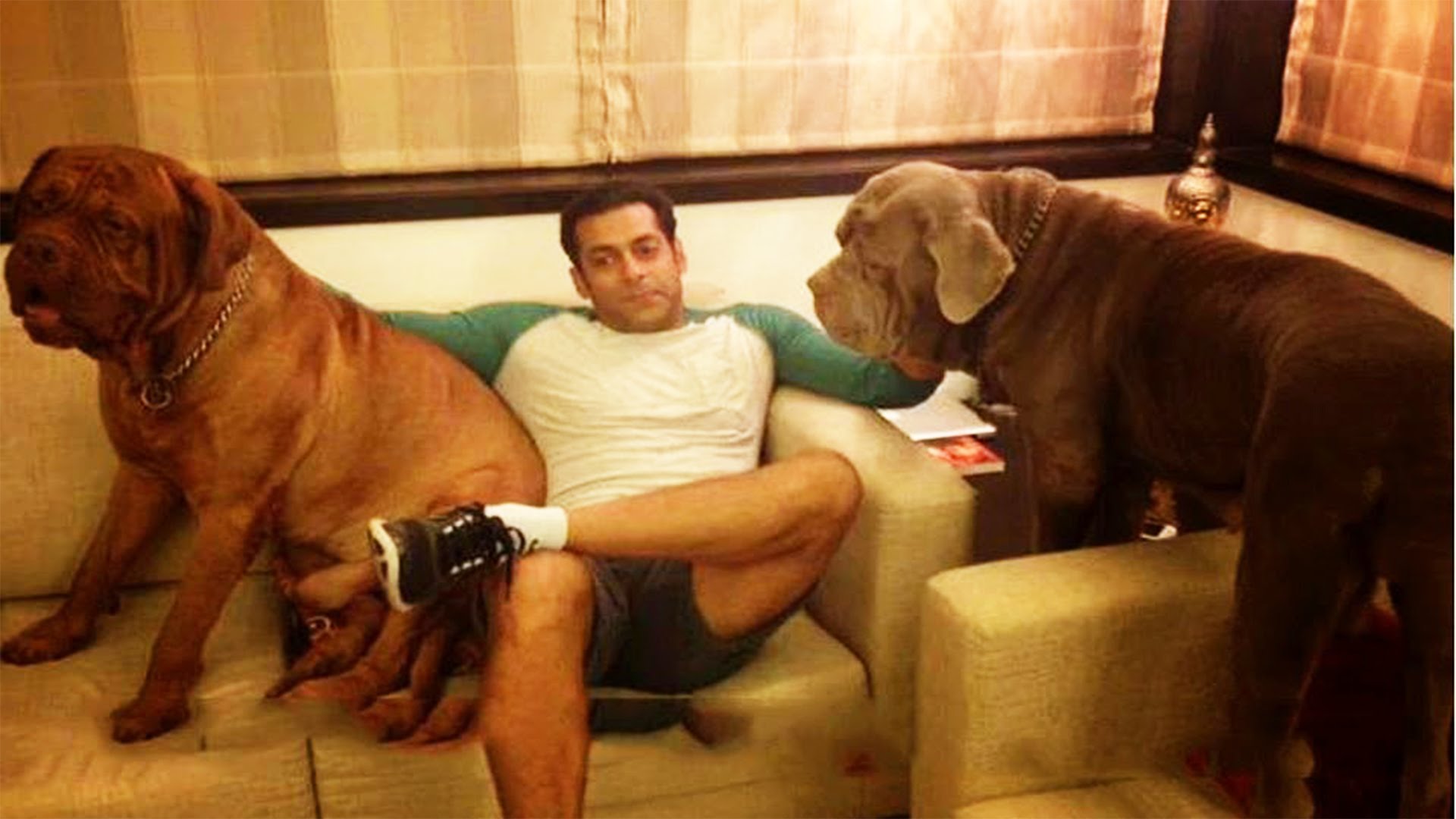 His pets are his weakness and he is crazy about his dogs, while the pictures say it all. Don’t we love this other side of Bhaijaan too.