Disclaimer: This review contains one minor spoiler. Read at your own discretion.

It was always going to be tough; bringing together so many characters, their narrative-threads scattered over a decade and 18 films. Avengers: Infinity War was always going to be an indulgent, overlong and overpopulated CGI orgy. But would it also be clumsy, pointless and a snooze-fest like Joss Whedon’s Age of Ultron? That would depend on how efficiently the screenplay would allow the director-duo (Anthony & Joe Russo) to navigate between New York, Edinburgh, Wakanda, and the many extra-terrestrial planets without making it look fragmented and jarring. The Russo brothers are all about efficiency & optimisation, bringing all their Community-deftness to ensure the smoothest ride possible.

Yes fans, there’s good news. Infinity War is no Age of Ultron, and I can hear the collective sigh of relief.

One of the biggest wins of Avengers: Infinity War is how the Russo brothers manage to inject a spectacle like this with such high emotional stakes. Whether it is a poignant moment Tony Stark shares with Pepper over the phone before he warps away, or the tenderness that resurfaces between Natasha Romanoff and Bruce Banner after they reunite, the directors shine the spotlight on the flesh-and-blood humans inside these superhumans.

The choice to tell the story of from the point-of-view of Thanos is a masterstroke, which allows the directors to focus on a single man’s pursuit for power, while all heroes devise plans to stop him. After Captain America: Civil War, the Avengers initiative is ‘toast’. Iron Man is enjoying near-marital bliss, Thor is drifting somewhere in a spaceship, Captain America is off the grid after surrendering Bucky to the Black Panther of Wakanda. Had the film begun with these heroes, it would require the first hour to bring them together against Thanos. 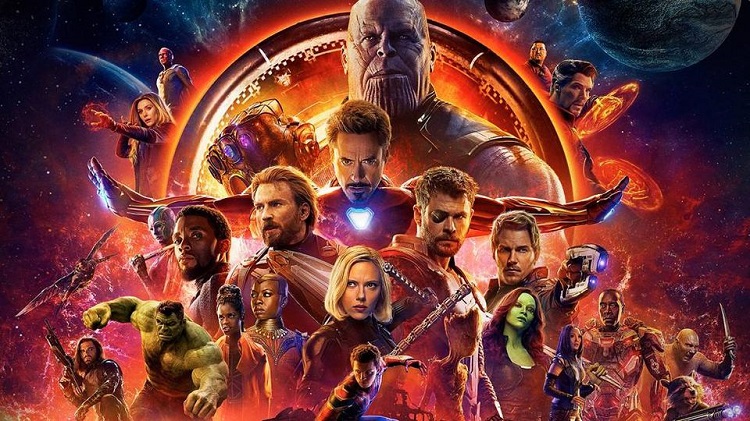 Avengers: Infinity War starts at the end of Thor: Ragnarok, where the Asgardian ship runs into a mighty vessel owned by Thanos. And even as Thanos delivers his now-famous ‘dread it… run from it’ monologue (featured in the first trailer), it takes Thor absolutely no time to come up with the perfect Marvel rebuttal – ‘you talk too much’. And we’re off.

The dialogues during the first half an hour could seem laborious and over-expository like from a Nolan film, as the characters meet/catch up. Iron Man fills Banner in on what went down in Civil War, Thor meets Starlord and the Guardians, Vision and Wanda’s love story is clearly established. It is an information dump for those unfamiliar with the earlier movies, and yet it is peppered with such consistent humour that one can hardly get through it without letting out a few laughs. 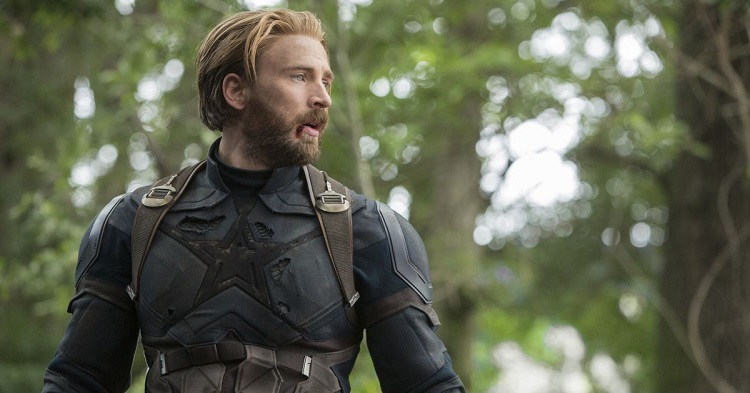 The emotional core of Avengers: Infinity War is Thanos. And unlike  limp, ineffective CGI villains like Ultron or Steppenwolf (in Justice League) – Thanos is given an arc and his motivations are duly dissected. All the green screen, CGI in the world cannot hide Josh Brolin’s pathos of a man on a single-minded journey, about which he’s so dangerously convinced. The exchanges between Thanos and his step-daughter Gamora (one of the Guardians) is the heart of Avengers: Infinity War. Essentially the story of a father and a daughter when the dust settles down, Thanos  meets a young Gamora in an alternate realm. The young one asks him “Is it over?” Thanos nods, to which she poses the question “what did it take?” Thanos droops his shoulders, his eyes moist and says ‘everything’ with an unmistakable sadness in his voice. 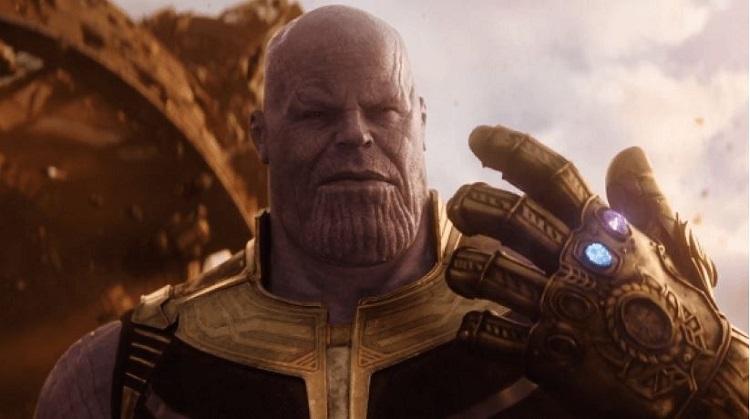 Being the penultimate film in the MCU, Infinity War is the MCU’s longest film at 149 minutes. And with good reason. Handling nearly half-a-dozen parallel storylines, the film is obviously overstuffed in many places. But it also delivers ‘whistle-worthy’ moments in plenty. The climax set-piece in Wakanda makes Civil War’s airport sequence look like a whining infant. Featuring so many of our favourite characters from last decade’s pop culture, the directors obviously ‘get you’ with the sneaky introductions. This is not a perfect film, but its noble intentions and loud, beating heart are what could make most overlook the film’s umpteen contrivances/narrative jumps.

One doesn’t usually expect to leave the theatre with such overwhelming sadness after seeing a superhero film and that alone boasts of the potent storytelling in Avengers: Infinity War. Only the Gods could have made a more seamless film without compromising on this one’s stellar ambitions.