It seems that online trolls refuse to stop their obnoxious campaign against the Malayalam actress Parvathy Menon. And, the proof of this extended hate campaign can be seen on YouTube, where Parvathy’s new song from her upcoming movie My Story has received record dislikes. The song Pathungi released on December 31 has received over 108 k dislikes.

The comments section of the song on YouTube has been disabled, considering the amount of hate being received by the song (in general) and Parvathy (in particular).

However, on the Facebook page of the movie, it is not just Parvathy, who’s at the receiving end of the online hate but also the movie. My Story is Roshni Dinaker’s directorial debut and the movie is set to release in March this year but the movie has already garnered a lot of  negative publicity. In an interview to the New India Express, Roshni said:

It is very sad …I think the hate campaign is a paid conspiracy. The kind of abusive words used by these people on my Facebook page against Parvathy is an indicator of what she is subjected to.” 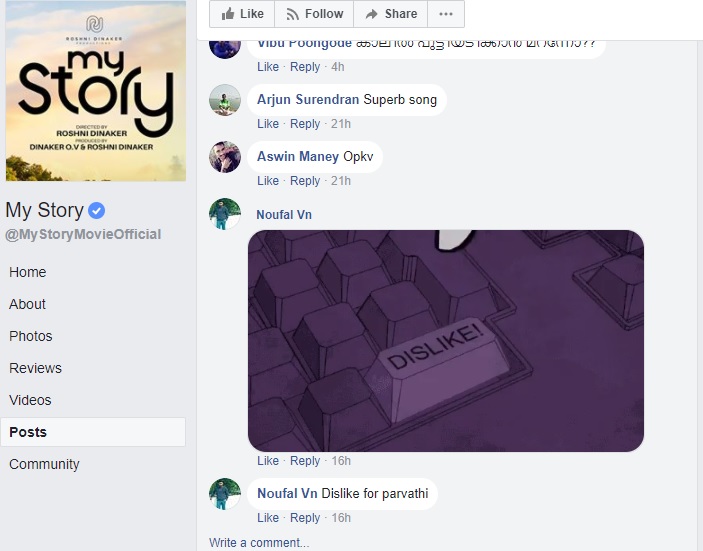 But all hope isn’t lost as Parvathy has an equal number of loyal supporters and fans standing behind her.

In December, Parvathy spoke up against misogyny and sexism in Mamootty’s Kasaba and that’s when all hell broke loose. While Mamomootty’s fans incessantly trolled the actress online and threatened her with rape, Mammootty chose to keep quiet. Parvathy filed a complaint with Ernakulam police’s Cyber Cell and subsequently, two people were arrested. 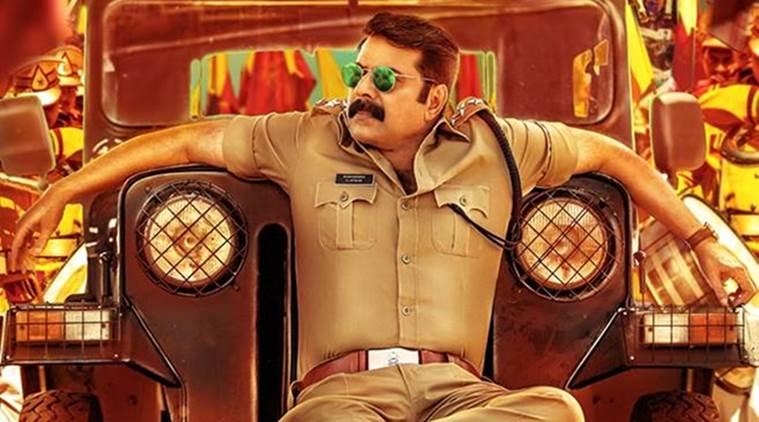 It was only recently that the Malayalam superstar Mammootty chose to speak up but only to clarify that  he didn’t ask anyone to speak on his behalf.

Also read: Kasaba row: Mammootty finally breaks his silence. But it’s not what we wanted to hear