While the last episode saw Anushka Sharma and Katrina Kaif driving Karan Johar crazy on the show, the upcoming episode of Koffee With Karan will be more on the romantic side. Yes, the next week’s Koffee teaser is out and it features none other than Bollywood’s cutest couples Shahid Kapoor-Mira Rajput.

After watching the Koffee tease, it won’t be wrong to say that it is going to be an amazing episode. It is for the first time that we heard Mrs Kapoor’s voice and yes, she is super cute and adorable. And seeing her on the couch, it is hard to believe that the star wife who always stayed away from the paparazzi is now making a full-length debut on a show.

Mira looked really comfortable on the show and revealed many secrets about Shahid. From talking about his most annoying habits to how much she loves him, Mira disclosed it all. When the couple was asked about their linkups and past relationships, Shahid said that he is still discovering the list of Mira’s boyfriends. After which Karan instantly asked Mira that how many guys has she dated before Shahid, and without giving Mira a chance to reply, the actor said, “No less than mine.”

Also read: Koffee With Karan is a celeb chat show. Why does it appear like a platform for film promotions these days?

Amidst all the fun and gossip, Shahid-Mira never left a chance to express how much they love each other and made Karan jealous of their sizzling chemistry. 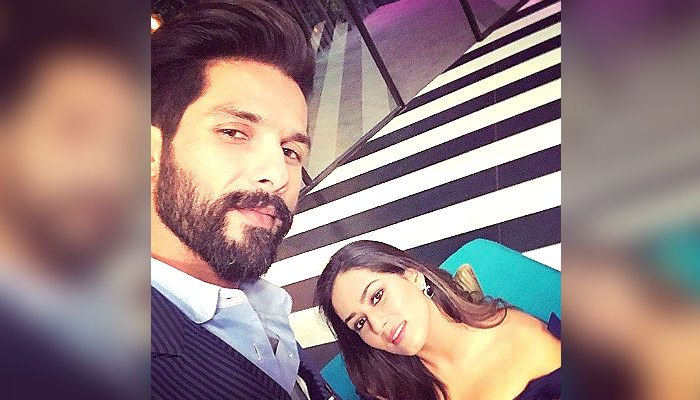 This New Year will surely be the best for all their fans, as the episode will be aired on January 1. Though Shahid and Mira will be seen fighting for the hamper in the rapid fire round, it won’t matter as anyway it is going to their home no matter who wins!