Kannada rapper Chandan Shetty is under fire over a song that he recorded nearly three years ago. The song ‘Ganja’ for the Kannada film Anthya, which is yet to be released, has drawn flak from the narcotics squad of the Bengaluru Police, who served him a notice and summoned him for questioning on Monday. According to the police, the song promotes the use of marijuana.

Reportedly, Shetty, who is also the winner of Bigg Boss Kannada 5, appeared before the City Crime Branch (CCB) on Tuesday. Furthermore, he was even made to apologise for the song, which was launched in July and has since gone viral. The police took a written apology from Shetty, also directing the filmmaker to not use the song in the movie and delete it from all social media platforms.

Speaking to News18, Shetty said, “I am a professional singer. I sing songs. I don’t write them. If any producer or director asks me to sing a particular song I do that. I don’t bother about the content. Even a great Kannada mystic Saint Shishunala Sharief wrote and sang on Ganja three centuries ago. They are hugely popular even today. Can we prosecute him or the famous singers for that? Cinema is entertainment. It has all kinds of plots including rape and murder. Can we arrest the filmmakers for encouraging such things or crime?”

Anthya is a film that focuses on the perils of drug addiction. 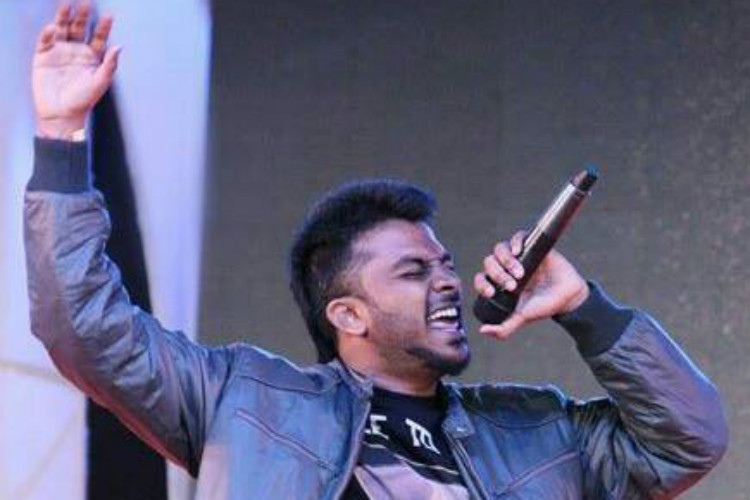 However, the fact that law enforcement is even meddling with this, is a little absurd, isn’t it? Not only did the singer not have an involvement in songwriting, the issue should have been raised by the Censor Board, if at all. But with songs like Baba ji ki Booty, Dum Maro Dum, and Manali Trance in existence — which clearly highlight and even favour drug abuse — the entertainment industry hasn’t exactly maintained a sober persona.

According to Deccan Herald, CCB officials also issued a notice to Arjun Janya raising concerns over a song from the movie Rambo 2, which also allegedly promotes the use of marijuana.

ALSO READ: Ratan Tata and other investors are now funding this startup to grow marijuana

A report in The Times of India also quoted the director-lyricist Muthu as saying that they never intended to promote marijuana through the song. “This was meant to be a situational song in the film that talks about the abuse of drugs and its effects. When someone begins abusing drugs newly, they see it as something great, unaware of what the consequences could be. This song was meant to showcase that.” he told TOI, adding that the film has now been shelved.

Condemning the police action, a noted film music director told News18, “Drug usage is rampant in Bengaluru. Organised criminal gangs are behind it. Instead of cracking down on them, they are after a poor rapper for his song. It shows inefficiency of the police.”