Dream Renee Kardashian is the newest addition to the Kardashian family. Rob Kardashian and his fiancee Blac Chyna welcome their first child. The couple is blessed with a baby girl and the proud parents have named their child — Dream Renee Kardashian. An elated new dad Rob described his princess Dream as his ‘twin’, who has got her mother’s nose, in a sweet message to his new family.

Rob shared adorable photos and videos of her moments after birth on Instagram. “Today was amazing, I am so lucky!! Thank you @BlacChyna for having our baby and being so strong! “I love you so much and can’t wait to see her get older day by day with you Chy! I love you and Dream so much and appreciate both of you. I know everyone saying that’s my twin but that’s def your nose Chy lol,” he wrote in the caption. 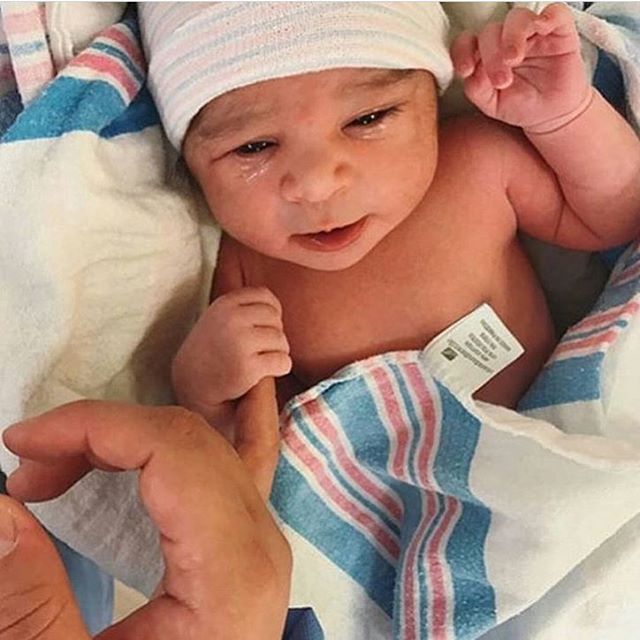 Model Blac, is already a mum to four-year-old King Cairo with ex-fiancé Tyga, and this is the couple’s first baby.

Rob is a TV personality and is best known for featuring on a reality television series that centers upon his family Keeping Up with the Kardashians. This year in January, Kardashian began dating model Blac Chyna and in April they announced their engagement via Instagram. Later in September they confirmed that they were having a girl.

Rob’s sister Khole was the first sister to announce the news of the baby on Twitter. She wrote, “My new niece is absolutely stunning! So thankful I was able to land in time to witness this miracle happen! Praise God!”

Follwed by his half sister Kylie Jenner, “I can’t stop looking at her congrats @robkardashian @BLACCHYNA she’s so beyond beautiful, a dream,”

The couple was surrounded by close family and friends as Chyna welcomed her first child with Rob.

My new niece is absolutely stunning!!! So thankful I was able to land in time to witness this miracle happen! Praise God!

I can’t stop looking at her