This Women’s Day two of the most opinionated women of Bollywood- Taapsee Pannu and Swara Bhaskar; came together for a video that needs attention. Through the video, Taapsee and Swara addressed the issue of ‘cleavage’ and explained how much to show and how much to hide. At a time, when women are blamed for everything wrong that happens to them, this video of the two stars is hard-hitting in every way.

Starting the video by saying, “How much cleavage is fine?”, Swara and Taapsee spoke about how women can protect themselves. The two actresses then explained to women what to wear when at an office, at the gym, at a crowded place or at the club. Taking a dig at the judgemental attitude of society, the two actresses advised women to be dressed according to rules.

This video slams all those who are a pro at victim blaming. There is no dearth of incidents when after being molested or being raped, a woman’s clothes are held responsible for it. On New Year’s eve, this year, when many women were molested on the streets of Bengaluru, there were many who said they shouldn’t have gone out. It was shocking when people in power also made such senseless comments.

Also read: Watch: Akshay Kumar and Taapsee Pannu teach how to do ‘Kohni Maar’ for self-defense

Apart from the Bengaluru incident, there were innumerable incidents of blaming the women. With such mindset prevailing in the society, this video of Taapsee and Swara is what the society needs.

On the work front, Taapsee and Swara both are gearing up for their movies in which they play strong women characters. Swara will be playing a folk singer in her upcoming film Anaarkali of Aarah while Taapsee will essay the role of Shabana in Naam Shabana. Both the trailers have amassed appreciation from critics and viewers, making them awaited films of this year. 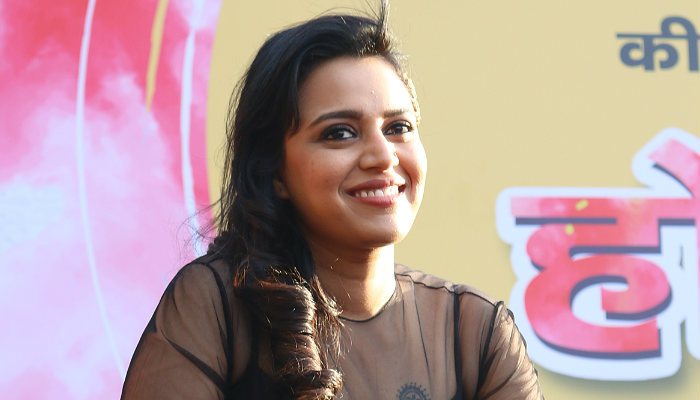 Now by featuring in this video, Taapsee and Swara have proved once again that they not only believe in women empowerment on the silver screen but off screen as well.