Imtiaz Ali is one of the few filmmakers who immaculately capture the pulse of the new age romance. Starting with his debut, Socha Naa Tha, to his next awaited release Jab Harry Met Sejal, Imtiaz Ali has established himself as the filmmaker who gives us love stories that are unlike any other. His romances aren’t conventional. You won’t get to see a cliched boy-meets-girl story, rather the narrative is infused with a portrayal of the characters’ struggles and desires.

For example, Saif Ali Khan’s character of Jai in Love Aaj Kal deals with internal hold-backs all the while pining for his love. Sometimes love is serendipitous like for Veera in Highway or a byproduct of self-discovery as in Ved’s story in Tamasha, but Imtiaz never places it at centre of his characters’ lives. That’s the beauty of Imtiaz Ali’s features: love doesn’t turn out to be the nail his stories are hinged upon. And neither there is any depiction of obsessive stalkers in pursuit of the love of their lives, blackmailing their partners and stripping the relationship to it’s bare bones. Characters are attuned to handle modern romances without emotional hangups and sans vengeance.

Anushka Sharma who plays Sejal in his upcoming film Jab Harry Met Sejal, summed up the very essence of Imtiaz’s film in an interview. She said, “Imtiaz in his stories, always makes people discover love through self-discovery. In the true sense of it, this is love.” 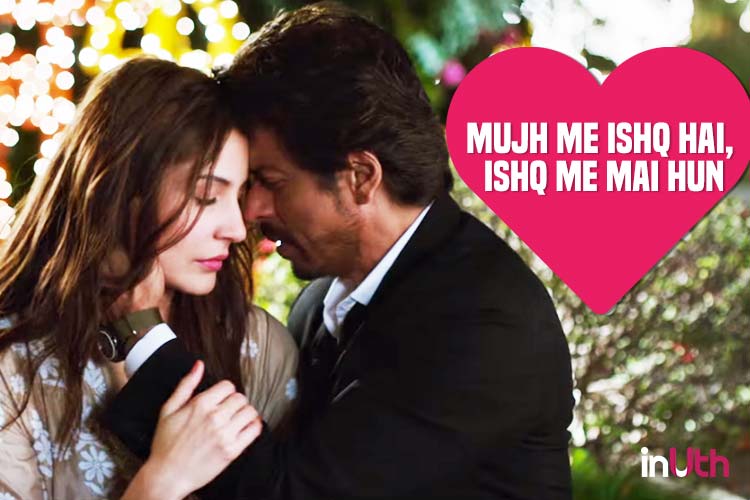 Here we’ll take a deep dive into Imtiaz’s past films which prove his distinguished narratives.

In this 2005 release, Viren (Abhay Deol) is depicted to be apprehensive of commitments but Aditi (Ayesha Takia) makes him believe otherwise. In their journey, Viren and Aditi realize what they were looking for at different places was right in front of them. They both ran away from each other when everyone wanted them to tie the knot in the first place.

A heartbroken businessman Aditya (Shahid Kapoor) sets out to jump off a train but is saved by Geet (Kareena Kapoor). Their personalities are exactly opposite: one is an introvert while the other is loud enough to jolt the entire universe. The film charts their unusual journey of understanding themselves as they fall in love.

In this film released in 2009, the lead pair tries hard to be ‘cool’ about their break-up. Realising the problems a long distance relationship may bring, Jai (Saif Ali Khan) and Meera (Deepika Padukone), call it quits. As both of them invest a lot of time in building their respective careers, they later track their happiness back to the person they left behind.

Janardhan Jakhar aka JJ (Ranbir Kapoor) cherishes a dream of becoming as famous as Jim Morrison. When he pulls off the feat, JJ realises that wasn’t the happiness he had been searching for. After gaining immense stardom, his run in with Heer Kaul (Nargis Fakhri) and their eventual separation makes JJ realize that he had been looking for peace at all the wrong places. His rise, fall and the pain of losing a loved one changes JJ’s perspective and opens his heart to what we term to be true love.

Also read: Dear Imtiaz Ali, thank you for weaving magic on screen with your stories

A girl from an affluent family in Delhi, Veera (Alia Bhatt) falls in love with her own abductor in a classic case of Stockholm syndrome. But her love doesn’t come from a place of victimization and idolation. It comes from the liberation she experiences after being abducted. If not for her kidnapping, she would have never been able to confront the demons inside her with the confidence she attains by the end of the film.

By his own admission, Tamasha’s Ved is a character that Imtiaz resonates with himself. The 2015 release starring Ranbir Kapoor as Ved and Deepika Padukone as Tara, was about the former’s journey in becoming the man he wanted to be. Quite oblivious to how to free himself from the shackles of society, Ved realised the real purpose of his life only after Tara showed him the mirror. For someone who could not argue with his father over his career choices, by leaving his job and narrating the reason behind it in a story, Ved redefined himself as the movie progressed. In the process, he fell in love with Tara and Imtiaz gave us another story to cherish.

The tag line of Imtiaz’s upcoming movie Jab Harry Met Sejal is What you seek is seeking you, hinting this Shah Rukh Khan-Anushka Sharma-starrer too would be about self-discovery.

Considering how Imtiaz has given us good stories in the past, we hope this one too steals our heart.