It would be comical, if it wasn’t so galling, that even the apex court in the country is forced to ask the exasperated question that most sane, fruitfully employed people in the country think, practically on a daily basis, while studying the fascinatingly long list of things that offend the delicate sensibilities of religion and morality’s self-appointed guardian angels in our country: you have no other job?

Yesterday, in a strongly-worded statement, the Supreme Court sternly rebuked complainants who file nonsensical cases like the one against teen actress Priya Prakash Varrier, and the producer and director of her upcoming film Oru Adaar Love, for hurting religious sentiments. The Chief Justice of India, Dipak Misra, reportedly said, “Someone in a film sings a song and you have no other job but to file a case,” before quashing all charges and complaints against the relieved trio.

According to the complainants, Muqeeth Khan and Zaheer Uddin Ali Khan, the iconic wink that turned Varrier into an overnight Internet celebrity, is offensive to their doctrine of devotion because it was filmed in a song that celebrated the love between Prophet Mohammed and his first wife Khadeeja.

A wink. A blink-and-you’ll-miss-it godforsaken wink by an 18-year-old was somehow potent enough to create ripples in the existence of a religion that has survived 1,500 years worth of geopolitical conflict, according to the geniuses who leaped to its defence at this grave act of blasphemous disrespect. Take a few seconds to let that statement sink in. 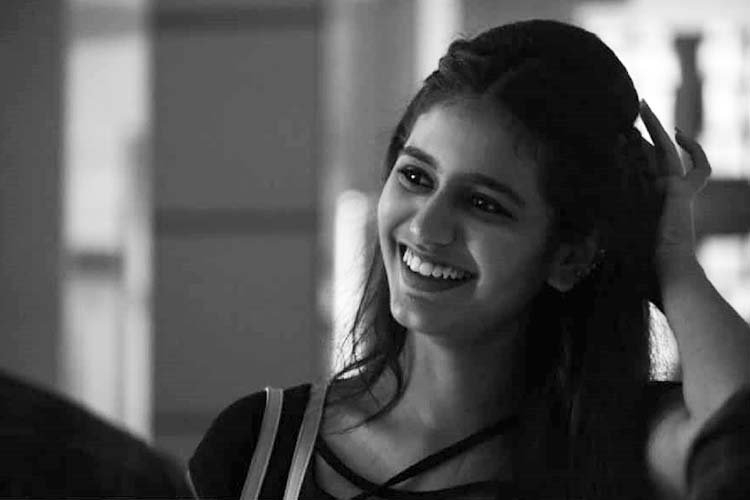 If I was a follower of Islam and had the same amount of time to squander as these gentlemen, I’d file a case against them on behalf of Islam’s almost two billion adherents for insinuating that we were petty enough to be so butt-hurt by a young woman’s voluntary/ involuntary eyelid activity. My Muslim friends assure me they feel the same way about this desperate attempt to gain publicity masquerading as religious concern, but unfortunately, they are far too busy having a life to pursue this matter beyond vigorously rolling their eyes and mouthing profanities.

As someone who was born in a fairly religious Hindu family, I’ve lost count of the number of Maata ki Chowkis and Jagaratas I was made to attend, before I grew up and realised I had a say in the matter. I can’t remember a single one of those productions where everyone present — young or old — has, at some point or the other, not yawned loudly and with great passion at the endless stream of bhajans, regardless of how soaked in devotion they claimed to be. For the hormonal teens within the families assembled, these occasions were the equivalent of the Western cotillions, in the pre-Internet and personal cell phone era — perfect opportunities to fall head-over-heels in infatuation. Cheeky, flirtatious winks flew thick and fast between pimply young men and blushing young women decked like Christmas trees. Rebellious hand-holding under the table and — for the more daring — behind the curtains was all but the norm. Several of my nieces and nephews would not be in existence today, had their parents not met and flirted at these events.

Muslim friends have similar wink-wink-nudge-nudge stories of countless budding romances at Iftar parties, everywhere in the world. The mere idea that teenage romance could threaten, or even put the slightest dent in god’s self-image, is laughable. If god/s exists, I’m sure they are far too busy dealing with more important things than fretting over the twitchy eyelids of besotted teenagers. One has to believe their god to be ridiculously petty to actually have their sentiments hurt by such inanity.

The idea of religion and piety has survived a lot worse than love-struck young people, and can survive a lot worse. But can it survive the volcano of indignation relentlessly bristling within the very pores of the chronically outraged? One has to wonder.