Mean Girls star Lindsay Lohan who has purportedly converted to Islam recently announced that she was soon going to come up with a clothing line. However, with the picture that she recently uploaded on her Instagram, it is being assumed that she is going to soon launch a Hijab Line.

Lohan recently took to her Instagram account to post a picture of herself covered in a scarf and captioned it saying, “New Fashion Line coming soon…”

Following which, people across the country are now assuming that Lindsay might introduce headscarves since it was earlier reported that had taken to Islam.

Naturally, her fans were ecstatic about this development and even congratulated her. 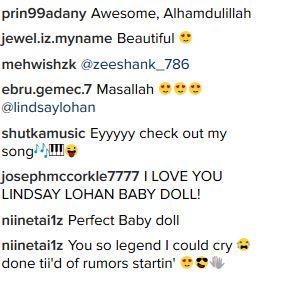 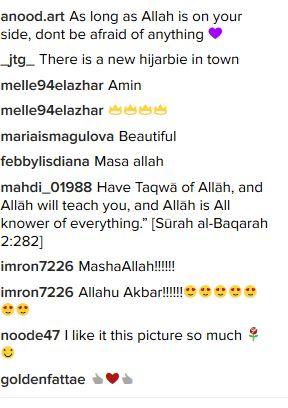 Lindsay Lohan has refused to comment on the rumours of her converting to Islam. She had recently revealed that she was “radically profiled” after she was stopped at an airport because she was wearing head scarf and was only let off after the security official saw her name on the passport. However, the official did urge Lohan to remove her scarf.

She also triggered controversy after she appeared on an Arabic talk show and spoke at length about her love for the religion. Amid speculations of her converting to Islam, Lindsay deleted everything on her Instagram account and posted a message saying,‘Alaikum salam.’ Lindsay who appeared on arabic showw ended the interview saying, “see you in Heaven Insha’Allah”.

Either way, we cannot wait for Lindsay Lohan to officially announce her clothing line. Till then we can only guess.