The League is all set to be united this winter! Justice League is one of the most awaited movies of this year. Starring Ben Affleck (Batman), Gal Gadot (Wonder Woman), Jason Momoa (Aquaman), Ezra Miller (Flash), Henry Cavill (Superman), Ray Fisher (Cyborg), this Zack Snyder-directed film has gotten a late 2017 release of November 17. The anticipation, however, is not because the movie looks great or anything but, because it is the first DC Extended Universe film featuring the League. In fact, DC fans are more or less disappointed with the film especially after the release of its first official trailer this weekend.

ALSO READ: Shocking facts about Gal Gadot which prove she is a real life Wonder Woman

The complaint that fans have with this film is the same as any other DC movie before it- it’s dark. And no, we don’t mean the metaphorical ‘intense and serious’ kind of dark, we mean the ‘did-they-not-have-the-budget-for-ambient-light?’ dark. Honestly, I couldn’t even see half the battle scene in Batman v Superman: Dawn of Justice. What is up with this obsession to make things dark?

“Does sunshine exist in the DCEU?”

I mean, it seem like it does. #JusticeLeague pic.twitter.com/oKLNZggIZ5

I’ve had a lot to drink and smoke tonight, so I need to be honest with you. I really need to say this

Why does all the action in Justice League look like it takes place in an empty void?

Aside from the obvious low contrast picture, the trailer in itself is not very enticing except that brief comic moment between Bruce and Barry and the one glance of Wonder Woman harnessing thunder (revealing her connection to Zeus). 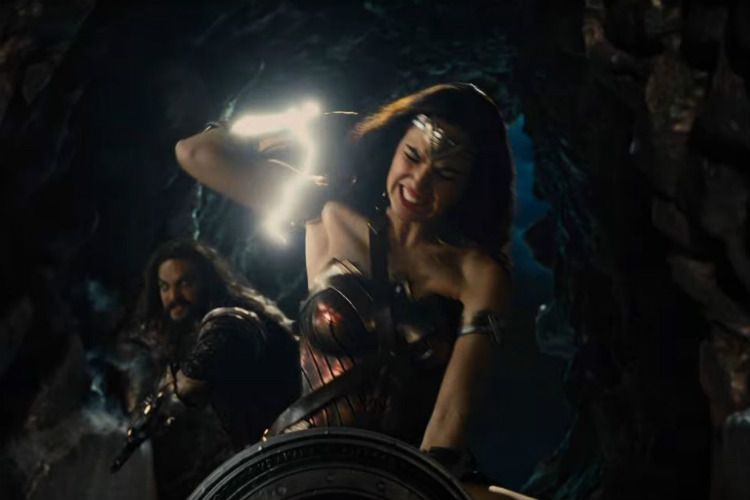 Also, speculation is rife that Superman’s absence from the trailer is intentional as the Man of Steel will return from the grave as a villain.

ALSO READ: Here’s why an “overtly sexualised” Wonder Woman is the perfect role model for women

Thankfully, Patty Jenkins doesn’t seem to have made the same mistake with Wonder Woman. The film seems to have much better lighting than other DCEU movies. The origins story of Princess Diana of Themyscira will be released on June 2, months before the Justice League movie hits the screens worldwide.