When Wonder Woman, a fictional superhero, was named the Honorary Ambassador for the Empowerment of Women and Girls, it was the best news I had ever heard. For those of you unfamiliar with the character, Wonder Woman aka Diana Prince is a warrior princess from the fictional land of Themyscira in DCU.

Quite recently, the female superhero was fired from the UN after a petition deeming the warrior princess “overtly sexualised” received over 45,000 signatures. Many argued that Wonder Woman being a fictional character was unsuitable for the job. 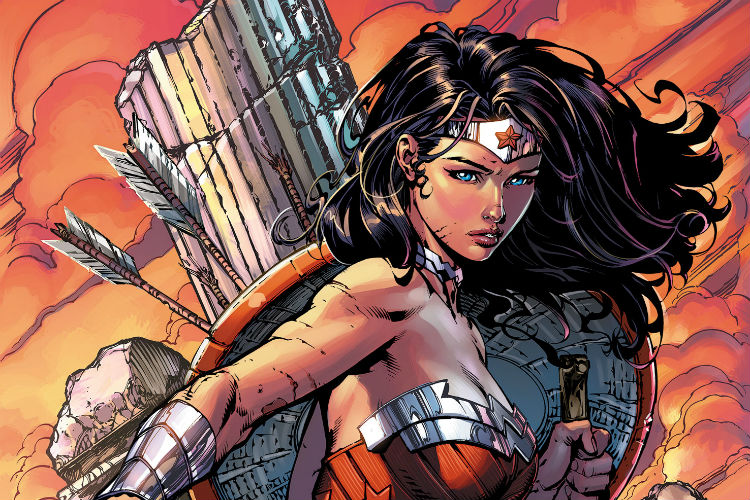 Fictional character or not, Wonder Woman has left a huge impact on women today. The lady is a fighter, wears what she wants to wear and has been quite vocal about women’s rights (in her fictional universe, of course). And, however much you may feel like disregarding her achievements, there is no denying that she has inspired women throughout the world to become better, stronger versions of themselves. 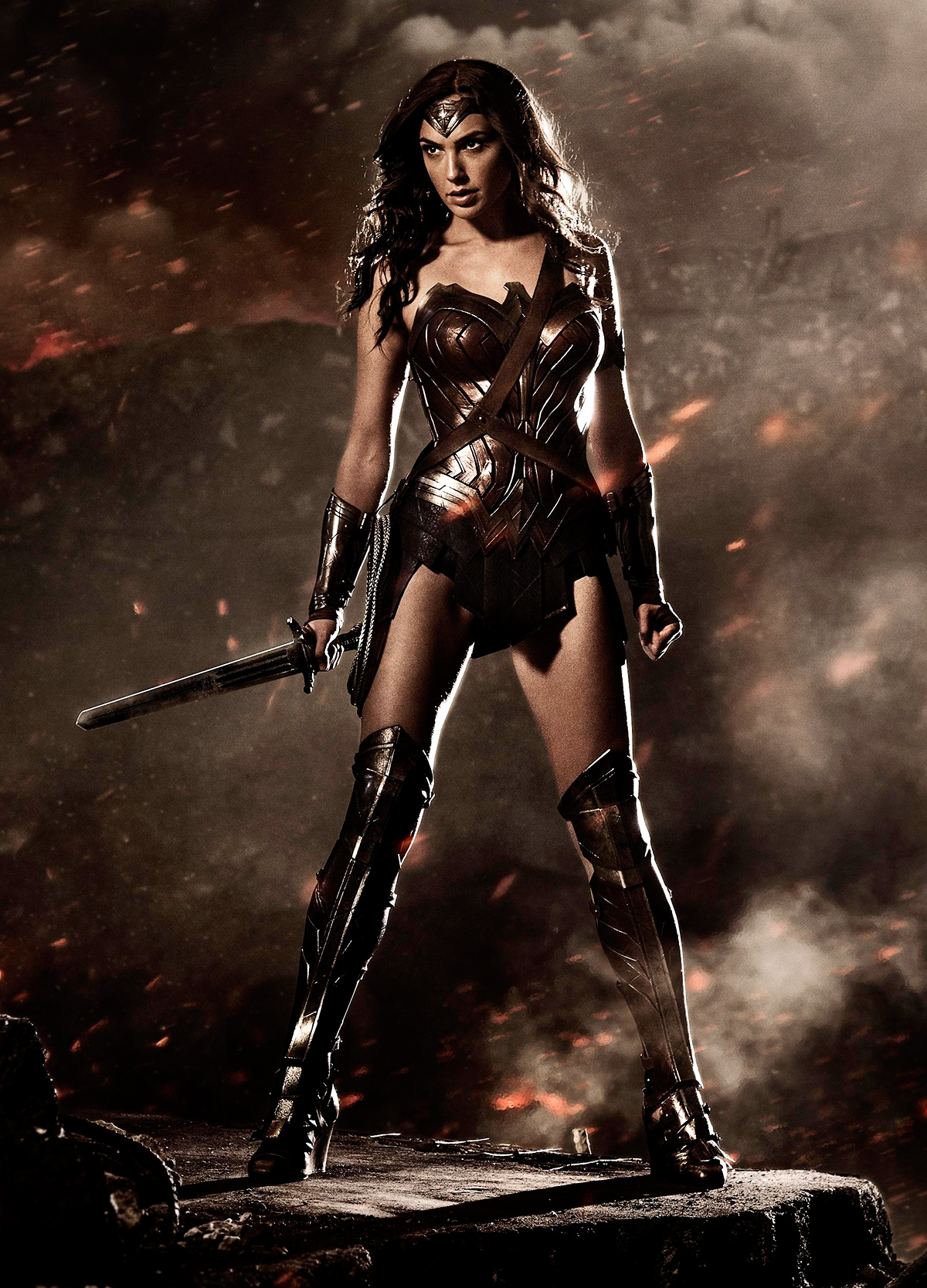 Wonder Woman’s costume has also been brought into question here which begs the question, what exactly is wrong with her costume? Yes, her armour flaunts her cleavage and she bares her legs but we don’t live in the ’60s anymore. I agree it would make more sense for a warrior to be covered in armour and the original thought of the first design may have been to sexualise her but we have come a long way from that. A sexy woman doesn’t automatically become a bad role model. To reduce Wonder Woman to her appearance is disregarding all of her traits that make her a suitable person for women to look up to. 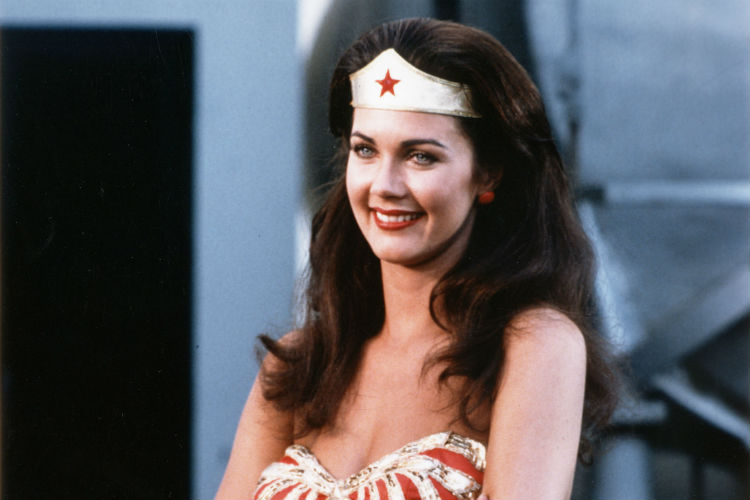 Actress Lynda Carter, who played Wonder Woman in the ’70s TV series, paved the way for women empowerment by personifying Diana in one the few shows with a strong female lead.

In the 2016 film Batman vs Superman: Dawn of Justice, Wonder Woman stood out among two iconic superheroes so much so that she became the highlight of the film. Not only was she a badass on the battlefield but her persona beamed confidence throughout her short role.

The actress who portrayed the character, Gal Gadot, also opposed her removal as the UN ambassador and called it “unfair”. In an interview with TIME magazine, Gadot said, “There are so many horrible things that are going on in the world, and this is what you’re protesting, seriously?”

“When people argue that Wonder Woman should ‘cover up,’ I don’t quite get it. They say, ‘If she’s smart and strong, she can’t also be sexy.’ That’s not fair. Why can’t she be all of the above?” she added. 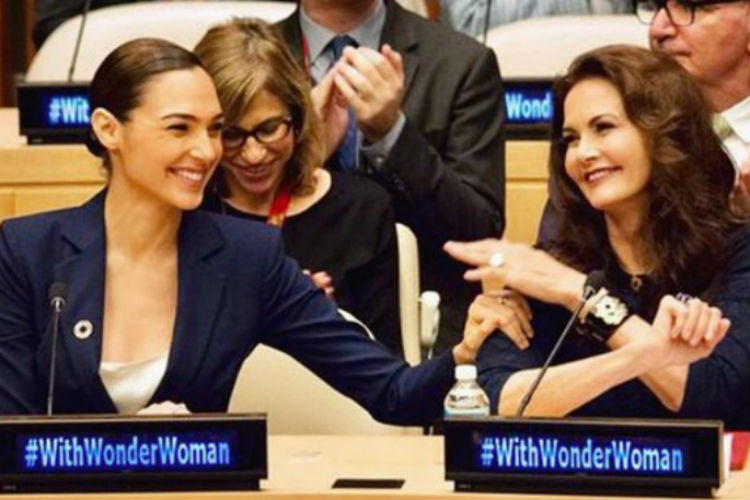 Gal Gadot and Lynda Carter at a U.N. meeting to designate Wonder Woman as an “Honorary Ambassador for the Empowerment of Women and Girls,” at U.N. headquarters

Ever since she embodied Diana Prince, Gadot has been quite vocal about feminism. She says, “I think people take it the wrong way when I say I’m a feminist. Feminism is not about burning bras and hating men. It’s about gender equality. Whoever is not a feminist is a chauvinist.”

Gadot’s Wonder Woman is unyielding in her own sense. “What I do is not up to you,” the character replies to her companion, Steve Trevor, when he attempts to hold her back.

Over the decades, she has not only been teaching women to fight against wrong but, also that you can dress however you wish to and still be a respectable figure. To have had her be the UN ambassador for women empowerment would have been perfection.