When Hollywood director Christopher Nolan recently visited Mumbai, all his fans went gaga, especially when he talked about his admiration for India’s legendary filmmaker Satyajit Ray.

At a full-house event in the National Centre for the Performing Arts, Nolan was welcomed with loud cheers and applause, clearly indicating the presence of a strong fanbase here in India. Unsurprisingly so, since he is the man who immortalised Batman with his fantastic Dark Knight trilogy as well as made mindboggling blockbusters like Inception & Interstellar. 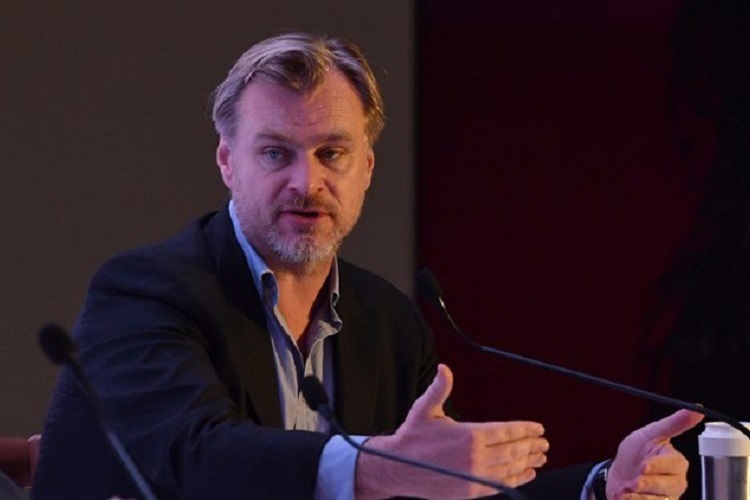 Christopher Nolan to Martin Scorsese: Why The World Can’t Get Over ‘Pather Panchali’

Well, all that is fine but how about a book which says that Christopher Nolan is a Yogi and is inspired by the philosophies of Vedanta? The title of the book is Yogi in Suits: Christopher Nolan and Vedanta and is written by an author named Soman Gouda.

There is also a video trailer for the book which begins with a totem rotating, inspired from Inception shot and has some very random visuals of Batman.

Have a look at the video trailer:

As per the author, the book is “a leap of faith from Batman to Brahman”. Here are some more details if you want to know more about the book:

The book reveals a yogic approach employed by Nolan to succeed in all the aspects of life. If you don’t believe in Christ, then believe in ‘Christ-offered’ Nolan – Author As a bible for the religion of Nolanism, the book appreciates the striking similarity between the works Nolan and Vedanta philosophy. It proposes an idea of Yogic life to the modern world. It concludes on how the modern man could lead a blissful life with the yogic method. The most unique and beautifully designed book, a must read for those who like Chris Nolan. The book falls under the trinity of films, philosophy and self help sections.

So are you planning to read it?