Heath Ledger was a man in a hurry. Early on in the documentary I Am Heath Ledger, his mother Kate describes the actor as a ‘wild stallion’ who she would rather ‘make friends with and try to tame’. Musician Ben Harper says ‘some people are just too big for this world’ recounting how his friend was just ‘too giving’. As Ledger prepared to launch into the superstar realm with his now-iconic turn on The Joker in Christopher Nolan’s The Dark Knight, he reportedly died of an ‘accidental drug overdose’.

It was this penultimate role he finally became synonymous with. However, if you pay close attention to Ledger’s career there were signs all along that something special was coming. Casually wielding Handy-cams and SLR cameras through most of his waking moments, a former-partner describes Ledger as someone ‘obsessed’ with capturing the ‘soul’ of his subjects in portraits. He was a man desperately seeking the ‘truth’ in his art. And hence, for people who had known him closely, they were hardly surprised to see him ‘invent’ one of the most iconic villains in film history from scratch.

ALSO READ: Watch: Trailer of I Am Heath Ledger drops, documentary looks set to tug at your heartstrings

On Ledger’s 39th birth anniversary, here’s looking at 8 other films which had markers for how great and versatile an actor Heath Ledger really was:

1. 10 Things I Hate About You
One of the most enduring images of this Shakespeare adaptation of Taming Of The Shrew is that of Ledger using his baritone to belt out Can’t Take My Eyes Off You. A visibly confident young man woos his lady love on the football field, with the brass band accompanying him and the school’s security guards chasing him for disrupting school practice. Ledger’s performance as Patrick Verona epitomised Hollywood’s ‘mysterious, good-looking lad in a high school’ trope. And his sizzling chemistry with Julia Stiles was a trailer to his unstoppable talent.

2. The Patriot
Being a young Australian actor trying to make his way into Hollywood, starring opposite Mel Gibson was a HUGE step for him. Something that made even the usually spirited young actor doubt his abilities. Playing a dutiful son to his army veteran father (played by Gibson), Ledger made an impact in spite of his limited screen-time and sharing the frame with his significantly more famous colleague. Telling the story of a widowed father’s fight against the British forces, to help his family survive, The Patriot is an unabashed, melodramatic period piece… that worked.

3. A Knight’s Tale
Riffing on his newly-acquired persona of a ‘young star’, Ledger starred in this fun mashup of the medieval era. Playing a young squire called William Thatcher in the 14th century, the film is replete with (then) modern pop-culture references and turned out to be one of the actor’s earliest box office successes. As he turned on the charm and drove women crazy, Ledger’s friends and agent confessed to how the actor was ‘unprepared’ and ‘overwhelmed’ with the celebrity that followed this film.

4. Monster’s Ball
Even though the film is best-known for helping Halle Berry win her first Oscar and creating history, Ledger’s Sonny was an antithesis to his ultra-masculine, heroic persona. Son to Billy Bob Thornton (a macho-man in his own right), Ledger brought out his vulnerable side. Playing the role of a correctional officer, he’s accused of being ‘soft’ by his father when he vomits during an inmate’s ‘last walk’ to the electric chair. With films like Monster’s Ball, Ledger displayed an enthusiasm for small parts in great films – a mark for any hungry young actor.

5. Lords of Dogtown
Immortalising the character of Skip Engblom, Ledger was picture perfect as the skater/surfer in the film set around the Z-Boys. Set in the beachside Dogtown area in California, the film follows the boys who became local legends and the Aussie Ledger was applauded for nailing the accent, mannerisms of the region. The film piqued curiosity much later in India, when some accused Zoya Akhtar’s Zindagi Na Milegi Dobara for taking ‘inspiration’ from the Lords of Dogtown poster. 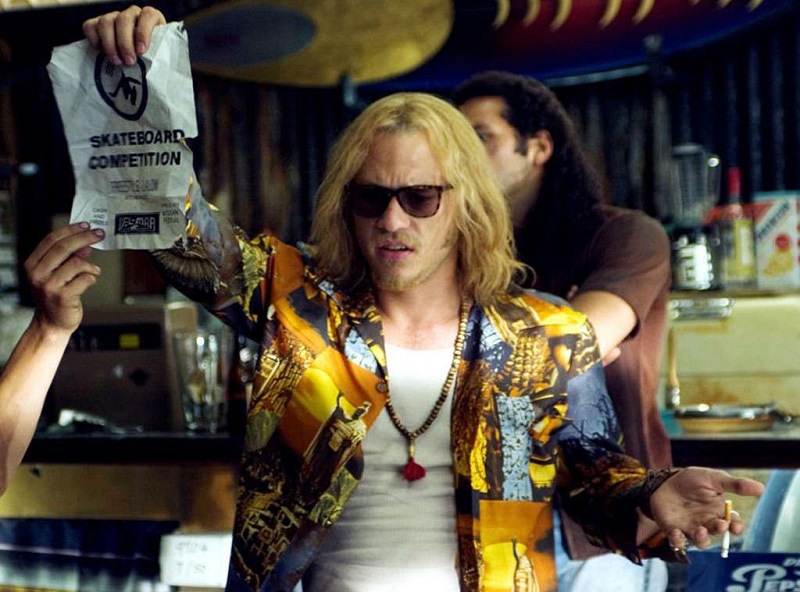 6. The Brothers Grimm
Heath Ledger forayed into his first-ever fantasy fiction alongside Matt Damon, and under the watchful eye of the great Terry Gilliam. Even though the film didn’t find widespread critical acclaim, it had Gilliam’s trademark gobsmacking visuals and a confident supporting cast in Lena ‘Cersei’ Headey and Monica Bellucci. Ledger’s last feature film (The Imaginarium of Doctor Paranssus) would also be directed by Terry Gilliam. 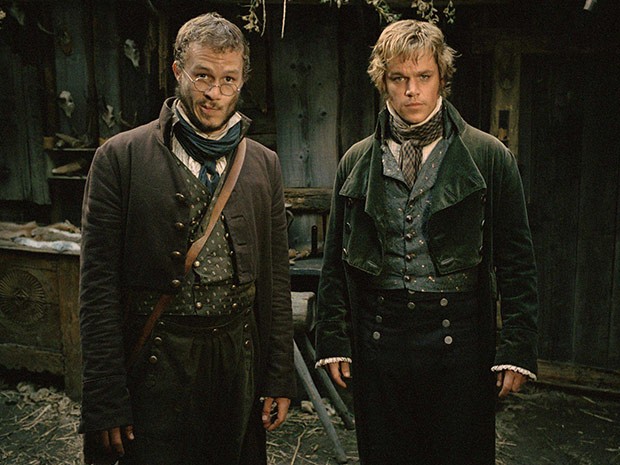 8. I’m Not There
Todd Haynes’s extremely ‘meta’ and weirdly ambitious undertaking, tried to capture the different personas of Bob Dylan with actors ranging from  Christian Bale to Ben Whishaw to Ledger himself. Ledger is entrusted with the part of actor Robbie Clark, whose career seems to have many parallels with the musician. Even though it was Cate Blanchett who walks away with the film, Ledger’s presence among this gifted bunch was an indication of how highly-regarded he was, among his peers. 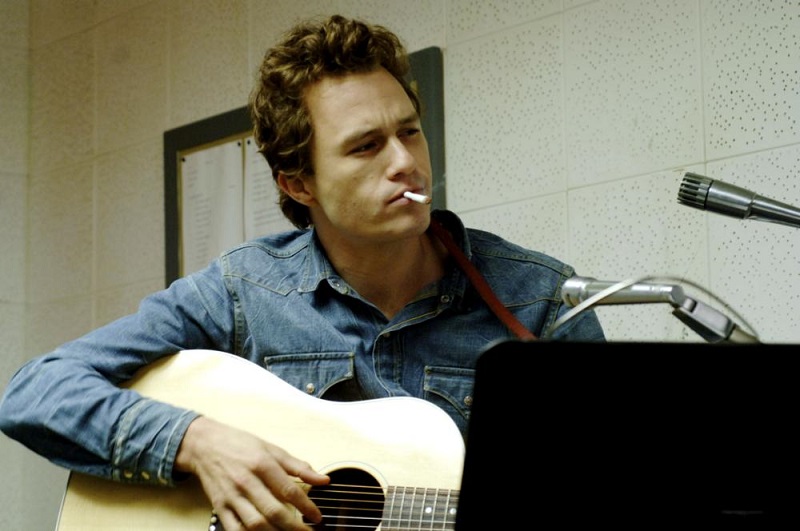 It’s impossible to not think about the stellar work we would have been subjected to, had the actor been alive on his 39th birthday. The incredible range of accomplishments by the age of 29, one gets a feeling that things would have only got wilder.

Ledger was planning to turn director in the future, and his gift for visual storytelling is something you see in the music video he directed for friend/musician Ben Harper. Alas, it wasn’t meant to be.