After the film stirred up a furore, the makers of upcoming Hollywood movie Basmati Blues have issued an apology for hurting Indian sentiments. Producer Monique Caulfield along with director Danny Baron issued a statement where they apologised for “cultural misappropriation” after the international trailer of the film was heavily criticised on social media.

In a joint statement via The Playlist, Caulfield and Baron apologised for offending people saying,

We deeply regret any offence caused by the Basmati Blues trailer. We have heard a number of voices that have understandably reacted to a trailer that is not representative of the film as a whole. 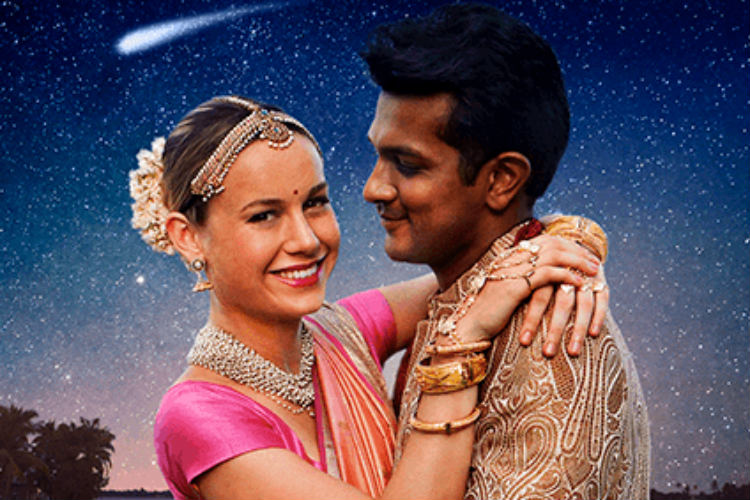 Following the release of the trailer, the film was condemned for giving out a wrong impression of Indian culture. The trailer was found a bit heavy on scenes where some Indian stereotypes were highlighted such as spicy food, living with animals, walking barefoot, etc. All that was made worse with the impression of a white saviour, played by Brie Larson.

Here is how people reacted to the trailer on Twitter: 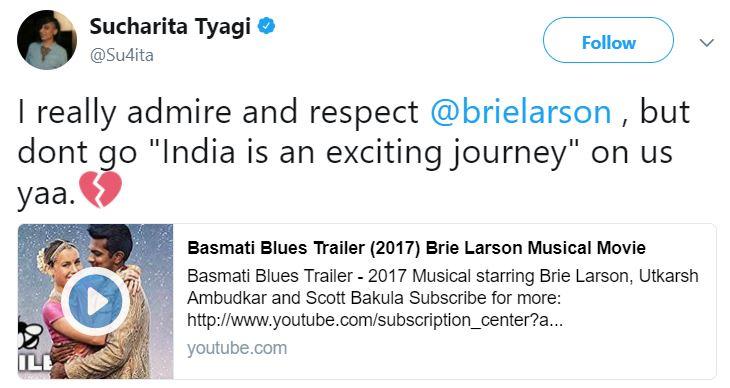 The filmmakers also defended the movie, elaborating on how the trailer has caused people to misunderstand Basmati Blues.

Unfortunately, the international trailer has given the wrong impression of the film’s message and heart. This movie is not about an American going abroad to solve India’s problems. At its heart, this film is about two people who reach across cultures, fight against corporate greed, and find love,” they stated. “The film explores our responsibility for our actions and for each other, and attempts to do it in a disarming way, using music, comedy and romance.

The filmmakers clarified that the movie was their attempt to honour Bollywood and their style of romantic comedies.

Basmati Blues is a love letter to multiple eras of Bollywood cinema, musicals, and classic Hollywood romantic comedies. We are confident that the film, when seen in its entirety, will bear out our appreciation and respect for India and its people.