The makers of Hrithik Roshan’s ‘Kaabil’ are taking all the efforts to pique the audience’s interest around the film. The trailer of the film is out and we must say that it is one of the most captivating ones. It is everything from deadly to emotional — a complete package of awesomeness.

Recently, Hrithik Roshan unveiled the teaser poster of the film on social media. The poster was unveiled with the hashtag #MindSeesAll, which is also the tagline of the film. Also, the makers, earlier today, came up with an excellent strategy where fans could get a chance to get Hrithik Roshan’s personally autographed poster of Kaabil. You can still get a personally autographed poster in your messenger, follow these steps:

1. Log in to your Facebook
2. Message Hrithik Roshan personally and you will receive: Hi (your name), I can see you are excited! How about I send the Kaabil trailer just for you? Won’t that be awesome?
3. Click to yes
4. Right after that, he will send you a small surprise! A personally autographed poster of Kaabil movie for you 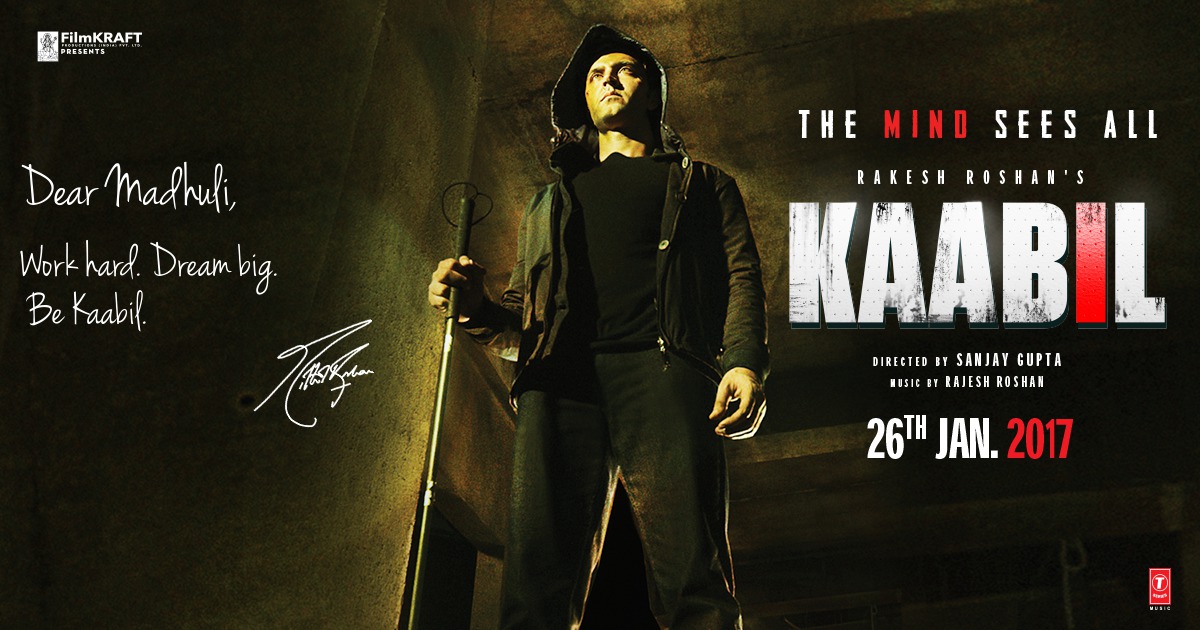 So, all you Hrithik fans, go message him right away. Along with the personally autographed poster, you will also get the trailer of the film exclusively from the Krish star on Wednesday. 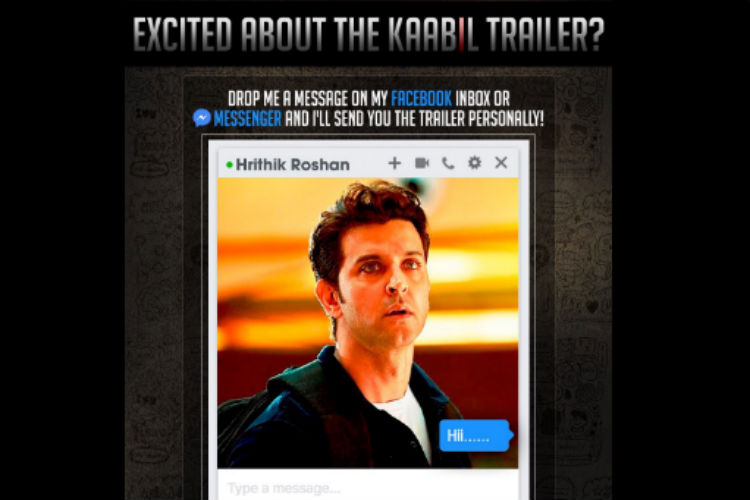 Kaabil, slated for worldwide release on January 26, 2017, will also be simultaneously released in Telugu. According to a report in IANS, the film will be dubbed and released in Telugu because of Hrithik’s huge fan base in Andhra Pradesh and Telangana, read a statement issued on behalf of the movie’s makers.

“The Krrish series and Dhoom 2 have been huge hits in the Telugu states,” read the statement. The first trailer in both Hindi and Telugu will be released on November 26. Kaabil is based on a story of a blind man who’s out to avenge the death of his wife.

Directed by Sanjay Gupta, the film stars Yami Gautham and has music by Rajesh Roshan. Kaabil will clash at the box office with Shah Rukh Khan’s Raees.

It was in the dark..
that he found the invincible light within. #KaabilRevealed pic.twitter.com/D6JO0kgni9