Chances are when you leave the theatre after watching debutante director Ari Aster’s Hereditary, you might strain your ears for a particular sound. The sound made by clicking your tongue against the palate. It’s a character-defining trait, and something that invites dread.

ALSO READ: Trailer of the ‘most insane’ horror movie of 2018 is here. Can you watch it without flinching?

The focal point of the film, the Graham family, is a bunch that’s weathered too many winters of sadness. Engulfed in a perpetual state of grief, mourning and estrangement – to call them a dysfunctional family, would be an understatement.

ALSO READ: Why we hope Pari will finally bring the horror film genre ‘back from the dead’

After the passing of her mother, Annie Graham (Toni Collette) asks her husband if she ‘should feel more sad’. It’s only later that we learn about their fractured relationship at a support group meeting. Annie’s daughter Charlie (an outstanding Milly Shapiro) dispassionately looks at her dead grandma and bites into a chocolate. The same way, she sees a dead pigeon and severs her head off with a pair of scissors, for her toy. The male heir of the family, Peter (Alex Wolff), is comfortably asleep on the day of his grandmother’s funeral. There is a sense of detachment with the Grahams, that Aster gradually builds on.

Hereditary begins with the funeral of Ellen Leigh, and from then on how the family is slowly seduced into the ultimate horror trope – communicating with the dead. However, it’s done slowly and tastefully. Annie says during her eulogy for her mother, how she was a woman with secrets; and the price of those secrets start to loom on her descendants soon enough. We’re swiftly introduced to the history of mental-illness in Annie’s family through a single dialogue – Ellen suffered from dementia towards the end, her father starved himself to death because of depression, and Annie’s brother committed suicide after a lengthy battle with schizophrenia (for which he blamed his mother). Annie might have problems of her own, as she recounts her sleep-walking episodes. 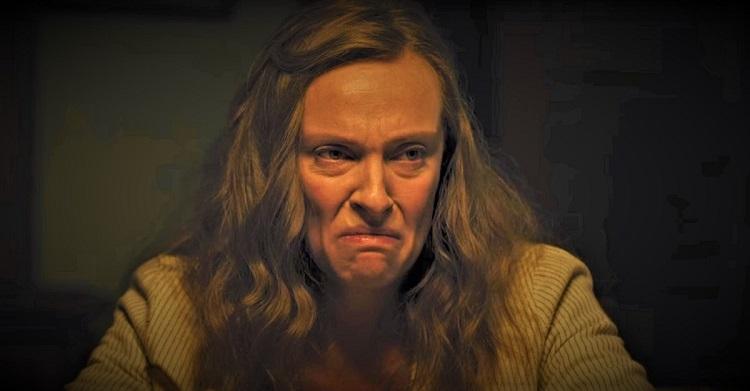 Is this general misfortune, or is the family a victim of certain ‘supernatural powers’? Charlie becomes the unfortunate heir to her grandma’s ‘secret rituals’ or as Annie describes it – “she stabbed her hooks into Charlie”. Debutante Shapiro is pitch perfect as she plays the 13-year-old with an appropriate amount of zombie-gaze, and that sound. She’s struggling to express her grief, has plenty of questions in her eyes – and yet, the only person who could answer them, is now dead. She looks up to her not-so-involved 17-year-old brother, Peter, who is too busy enjoying high school through shared marijuana bowls. And when he finally wakes up to his responsibilities, well… 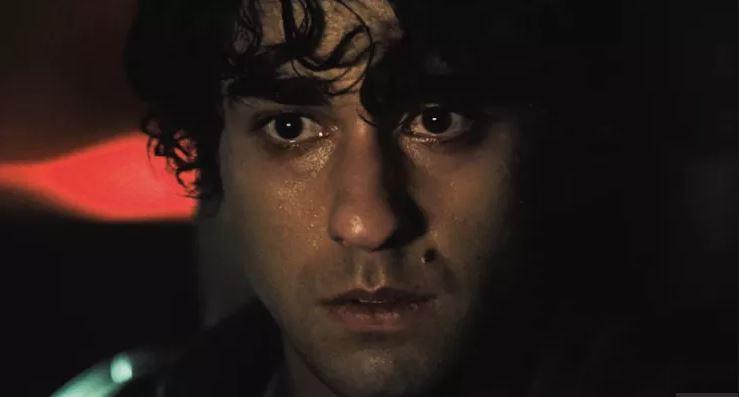 For far too long, horror films in Hollywood have been plagued by the formula of head-turning (literally!) children, the witch in the black veil, the possessed conjurer and the godawful cliches of flying human beings, creaky doors and gimmicky sound design, intended for jump-scares. One of the main reasons why one cannot help and admire Aster’s vision for a horror film, is how it resembles a set of Chinese boxes. It’s full of rotting secrets, unspeakable truths and a good dollop of suspense, one inside another. 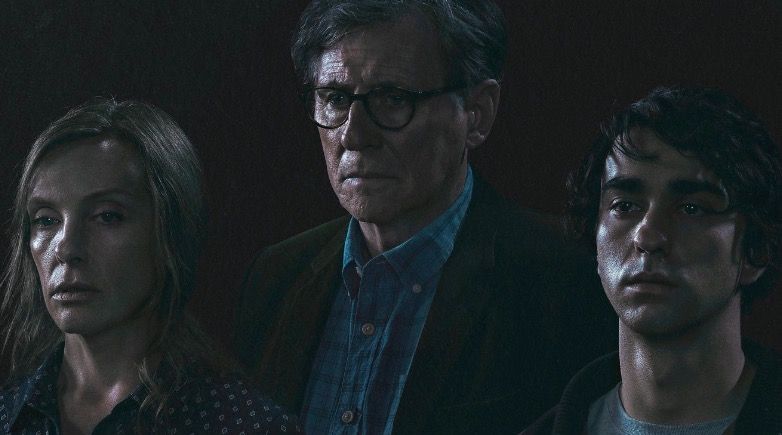 It also works in the way, Aster views his film through the eyes of a skeptic. When a glass is (apparently) moved by a spirit in the room, character do the most obvious thing – look under the table. He’s also trying to ground the film into psychological truths of human beings – which enables non-horror fans to clinically examine the film purely as a tale of disintegration of a family. And that’s why when the film finally surrenders to its genre and goes into overdrive in the last 20 minutes, it completely goes off the rails. 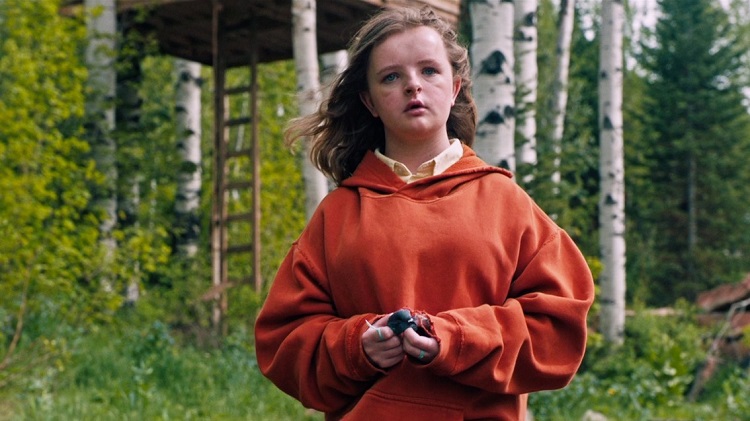 While all principal actors – Gabriel Byrne, Milly Shapiro and Alex Wolff are splendid in their roles, Hereditary is a Toni Collette show (the actor is an executive producer). Reverberating her character from The Sixth Sense, Collette feasts on the many ifs-and-buts surrounding Annie. And she steals the definitive scene of the movie, with a stormy confrontation.

For those who don’t like horror as a genre, Hereditary might earn a few converts. It oozes with ambition while trying to strike that balance between the ‘realistic’ and the supernatural. It is optimal with the use of the creative license allowed in the genre, and gives us a family we begin to care for. And that’s why we’re devastated by the end. It’s surely not a perfect film, but it tries. In a world full of half-hearted horror franchises, this film’s a boon.