One has to give it to Vipul Goyal that he didn’t let the crowd get bored for even a second. At his stand-up act at the Hard Rock Cafe, Delhi on Wednesday there wasn’t one dull moment for the audience. The comedian, who is currently being loved for his TVF web-series Humorously Yours, started the show amid claps with viewers waiting patiently for his act to begin.

And the wait of the viewers turned into nothing short of a blessing, a laughter filled one, of course, when Vipul took the stage. All those who have followed Vipul and have seen his comic acts would be familiar with ‘Wo The Papa‘ poem.

But that was not only how Vipul gave a stomach ache with his jokes. From the sack of jokes that he brought, Vipul touched everything from politics, Indian families, honeymoons, relationships and what not. Not disappointing his fans, Vipul gave his internet-breaking poem ‘Wo The Papa‘ a ‘Wo The Chacha‘ twist.

Though the over one-hour long show ended (in what seemed like mere minutes), Vipul’s fans weren’t done with him. Fans stormed the stage for selfies with him and all Vipul did was smiled ear to ear. After getting off the stage, he met me for the interview. Seeing the act he just pulled off and how he patiently greeted each fan for a selfie, the first question I asked him was ‘Isn’t all this tiring’? To this, the IIT alumnus said, “No, not at all. I always wanted this plus I sleep most of the day”. And his humility won him over.

Another thing which he said which I liked, was his truthfulness. He humbly requested fans to not watch his show again till 8-9 months because the content would be repeated. This reeked of how honestly his takes his professions and his motive to not disappoint his fans.

Also read: These 9 big Bollywood releases of 2017 should be in your must-watch list

What followed next was a few minutes of good conversation.

You are an engineer. How did the transition to stand-up comedy happen?

It wasn’t planned. In 2008, after the recession hit I was laid off. Back them a gig called Comedy Store came to Mumbai and I started doing stand-up acts.

How did you get in touch with TVF (The Viral Fever)?

TVF and mine bonds go back to years. The founder of TVF, Arunabh Kumar, who was from IIT – Kharagpur came to IIT-Bombay and we shared rooms. We IITians have a lot of brotherhood, so we bonded. He made plays and I acted in few of them. So when Humorously Yours came my way from TVF, I said why not.

What is your process of framing a joke?

I think of something and then test it at open mic sessions. For me to try a joke, I should first like it myself otherwise, it is pointless.

On starting a show, how do you turn tides on getting a cold response from the audience? Don’t you get disheartened?

Of course, I get disheartened, when even two jokes don’t work. That is why I bring along a lot of content. That way, if one joke doesn’t work, I throw the second one and continue the process till the audience laughs. And that moment feels ecstatic.

Have you ever played Ranjit Wallia in real life?

Yes, I have. In the beginning, I played by own manager Nikesh Chopra. Nikesh was my childhood friend and so I chose his name. I was caught few times and then I made a rule. Nikesh spoke only in English and Vipul, the artist, only in Hindi. But when one of my YouTube videos garnered a lot of views, I let go off Nikesh Chopra. 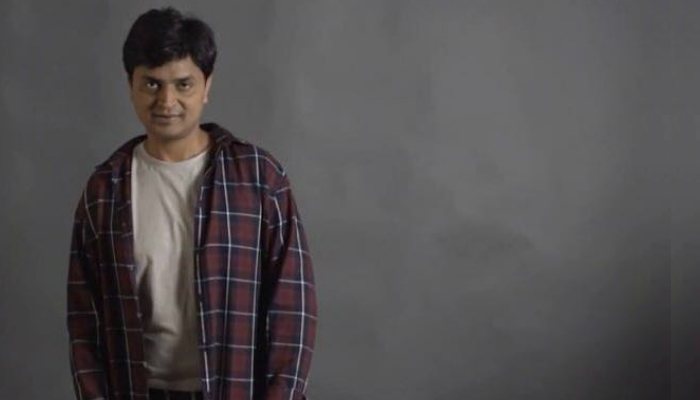 How close to reality is Humorously Yours?

The professional acts in the web-series, like me being conned by my manager, going on a corporate show, are all real. The personal life has been tweaked for viewers.

What are your thoughts on growing popularity of stand-up comedy?

It is overwhelming, of course. Earlier, I couldn’t sell 600 tickets on my name, but now I can. Having said that, the road to stardom for new comics won’t be easy. Though there will be many opportunities, competition would be equally tough.

Is there a sense of competition among fellow comedians?

No, not at all. It may seem members from AIB (All India Bakchod) and TVF (The Viral Fever) don’t get along but that is a perception of one’s mind. We have a lot of brotherhood and also none of us charge anything to be a part of other person’s gig. So, Zakir Khan, Tanmay Bhat, Kenny Sebastian and Kanan Gill worked for free for Humorously Yours.

Also read: Bigg Boss 10: In a season full of filth, Manu-Manveer’s friendship is the silver lining

Do you fear that your jokes could get into trouble?

I try to avoid controversial subjects and if something happens it is an occupation hazard. Also, one knows that 90% people like what you are doing. There is 10% of the population who even hate Shah Rukh Khan, so I am definitely not in comparison with him. And the ones who like me will only come to me watch me perform, naa. So, it’s okay. It is a part and parcel of my profession.

The worst part of being a stand-up comedian, according to you is?

However, after seeing his act and applauds he got, I don’t think there would be a day when people won’t laugh at Vipul’s jokes. More power to you ‘Mr. Ranjit Wallia’ for keeping us entertained.