Celebrity couple Divyanka Tripathi and Vivek Dahiya, who have won the popular celebrity dance reality show Nach Baliye 8, finally revealed that their fans helped them in taking the trophy home. The couple credits their fans for helping their dream come true. Needless to say, Divyanka Tripathi is a quite well-known face of small-screen and has a huge fan following which helped her win the title. The finale was aired on June 25 night.

“We are grateful to our audience who helped us bring home the trophy. There is a lot of responsibility as well — as the audience follows what you do and expects perfection out of you. But for us, they are our family and it is this family that made this dream come true for us”.

“We have gone from baraati dancers to have learned so many forms of dance and challenging ourselves week after week to keep trying something new and learning something different. And the support we have received from our audience has been the most special part of this journey!”

Recently, an online troll tweeted to the actress that there is an article doing the rounds on the internet which suggests that Divyanka has allegedly threatened Star Plus that if she doesn’t win Nach Baliye 8, she will quit Ye Hai Mohabbatein. However, Divyanka shut the troll like a boss. 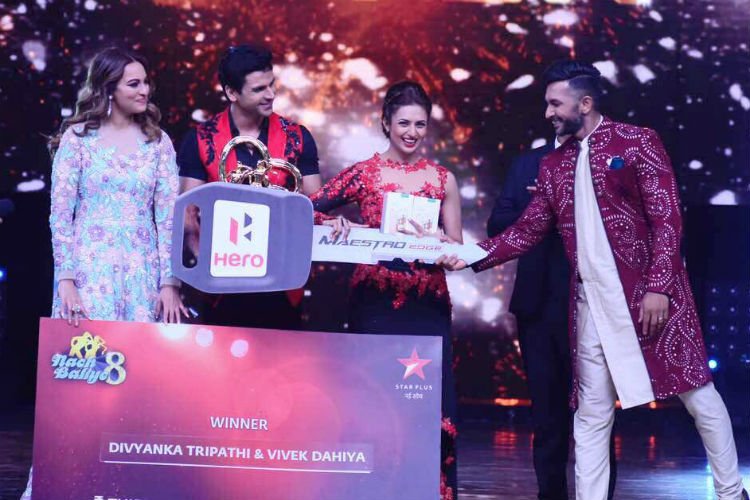 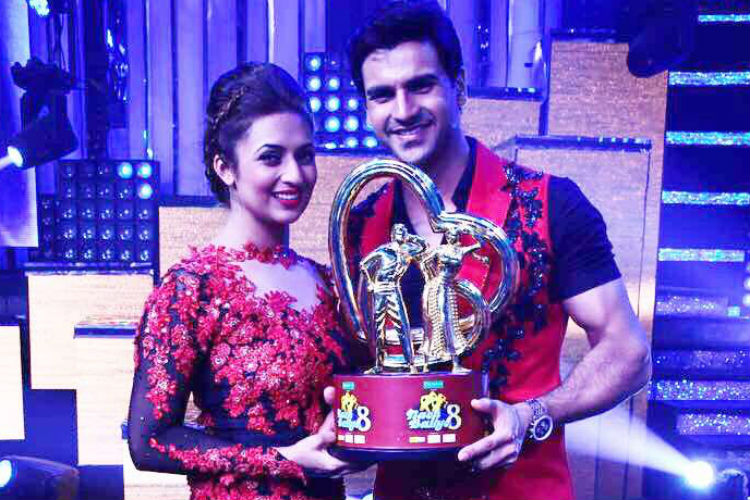 Vivek, who tied the knot with his Ye Hai Mohabbatein co-star in July last year, is soon going to celebrate his first wedding anniversary. Talking about the same, he said that the trophy is the best anniversary gift he could have got.

Sharing his excitement after winning the Nach Baliye 8 title, he said: “This is my first award and staring at it right now I feel it’s all the more special as I am sharing it with my wife. It has been a beautiful journey and the trophy is the best anniversary gift we could have gotten. This show is about companionship and we have had such a wonderful journey together in which we got the opportunity to spend more time, understand each other and kept challenging ourselves with new forms of dance every week and ultimately growing together as dancers. ” 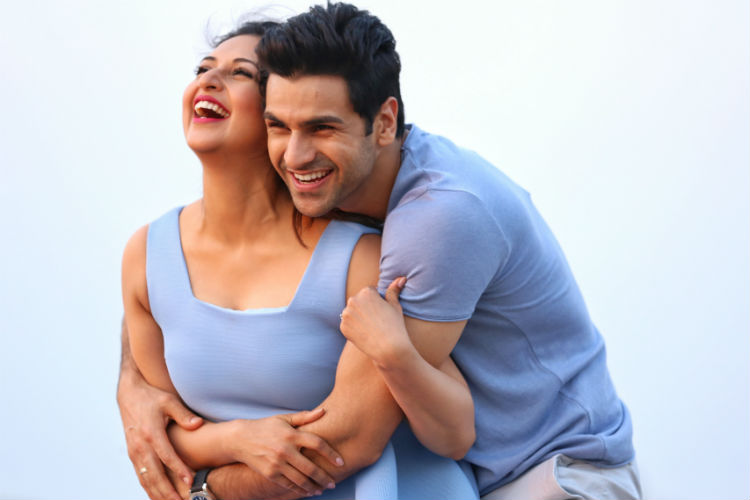 Meanwhile, reports also suggest that the duo is expected to fly to Europe to celebrate their first wedding anniversary.