Padmaavat is coming. We can practically see the film’s release, and the fact that Bhansali has cut-pasted and covered up his characters to please a bunch of…let’s say irrational people, is understandable (?). But they’ve gone an extra mile and even covered up Deepika Padukone’s midriff, which members of some royal family had raised an objection to. Ummm…THAT is objectionable?

happy to announce that Hindu culture has been saved. the video of ‘Ghoomar’ on YouTube has been replaced by one that uses CGI to ‘cover up’ three inches of bare midriff. bee em kay jay. https://t.co/zehHZ1AiBf

After the many storms and death-threats that Bhansali and his team has gone through, I guess they wouldn’t want to leave anything to chance. And so they’ve somehow figured out a way to even work the VFX into the original YouTube video, which still claims to have 95 million+ views. How did they do that? Never mind. 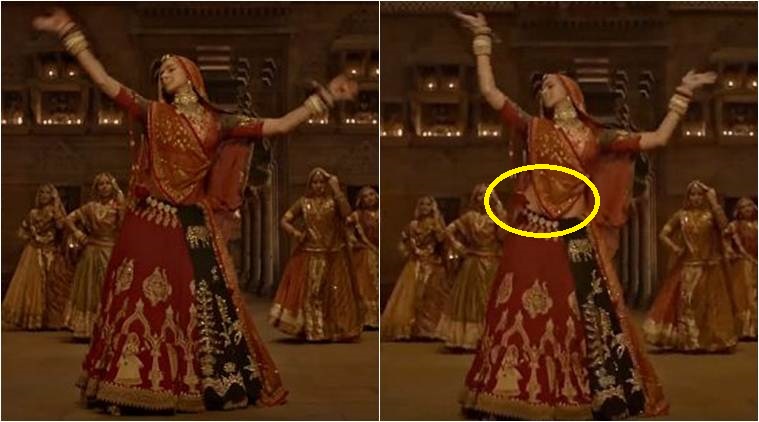 And not just that…to completely QUASH any rumour that the film might have a romantic implication between Rani Padmavati and Alauddin Khilji, they’ve cut a whole new teaser which shows Deepika declaring war on the man leading the Delhi Sultanate.

Even though Padukone burns through the teaser with her silently resolute presence, it’s something I guess I wish I could have seen in the movie. But never mind, who needs rationality anyway?

Viacom 18 has dropped a flurry of teasers centered around the characters of Ranveer Singh, Shahid Kapoor and now Deepika Padukone, and it looks like the force is with Bhansali’s film. Box office khiladi Akshay Kumar moved the release date of Pad Man from Jan 26 to Feb 9. Let’s hope in the meantime, the makers don’t have to deal with any more nonsensical demands.

Padmaavat releases on January 25, in a theatre near you which hopefully won’t get torched. Fingers crossed.