Time’s up for sexual harassment at the workplace, and some part of the onus of driving this movement will be on men owning up to their bad behaviour. Dan Harmon presented a fine example of how to deal with being called out for sexual misconduct – by ruthlessly examining his actions and putting out his apology on a public platform. 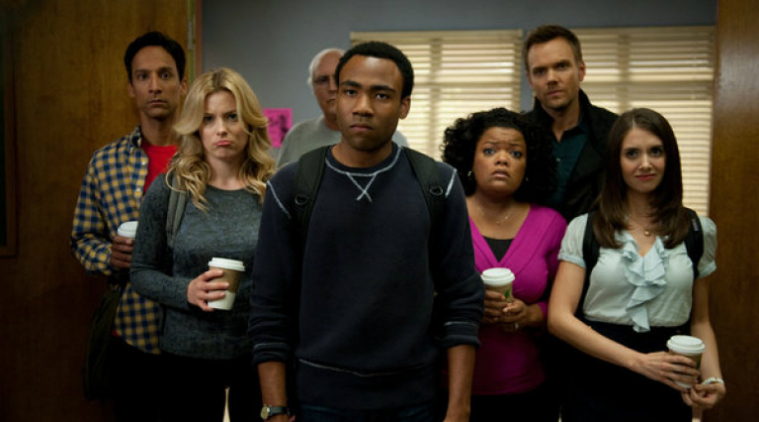 Creator of hit shows like Rick & Morty and Community, Harmon was called out by writer Megan Ganz for his ‘flirty, creepy’ behaviour. Instead of trying to put a lid on the situation, the showrunner came out about his side of the things in a 7-minute podcast ‘explaining’ his thought process, the factors of the society which propelled his behaviour and acknowledging how he was ashamed of his crimes.

Here’s a weird one for you: Last week, I called out my former boss @danharmon for sexual harassment, and today I’m going to ask you to listen to his podcast. https://t.co/BEZAWH787V

“I drank. I took pills. I crushed on her and resented her for not reciprocating it, and the entire time I was the one writing her paychecks and in control of whether she stayed or went,” Harmon said during his apology podcast. He went further and not only apologised for his behaviour, but also urged men to think about their actions.

This was never about vengeance; it’s about vindication. That’s why it didn’t feel right to just accept his apology in private (although I did that, too). Because if any part of this process should be done in the light, it’s the forgiveness part. And so, @danharmon, I forgive you.

Ganz was relieved and felt ‘vindicated’ after Harmon’s unconditional apology, saying it was never about vengeance. She tweeted out the link to the podcast, and followed it up that she had forgiven her culprit for unequivocally examining himself and his actions.

Episode 272: “Don’t Let Him Wipe or Flush” w/@danharmon @JeffBryanDavis @Thesixler @TooMuchCHURCH & @slevy79 is now up for subscribers! Not a subscriber yet? Sign up now at https://t.co/jjEfAerS2z or wait for the free podcast upload on Wednesday!

^In case you don’t want to listen to the whole podcast, here’s the whole text of Harmon coming clean when the topic comes up at the 18:32 mark. It’s a lonnnnng one, so fasten your seat belts:

I was attracted to an employee. I really want to be really careful about that language because a huge part of the problem is a culture of feeling things that you think are unique and significant because they are happening to you and saying things like “I had feelings for” and “I fell for” and all these things. The most clinical way I can put it in ’fessing up to my crimes is that I was attracted to a writer that I had power over because I was a showrunner, and I knew enough to know that these feelings were bad news. That was easy enough to know. I knew that they ran the risk of undercutting people’s faith in my judgement, her faith in her talent, the other writers’ respect for me, the entire production, the audience. I knew that I wasn’t doing anybody any favors by feeling these things, and so I did the cowardly, easiest, laziest thing you could do with feelings like that, and I didn’t deal with them. And in not dealing with them, I made everybody else deal with them. Especially her.

Flirty, creepy. Everything other than overt enough to constitute betraying your live-in girlfriend to whom you’re going home every night who’s actually smart enough and respectful enough to ask you, “Do you have feelings for that young writer that you’re talking about, that you’re paying all this attention to?” and saying to her, “No,” because the trick is, if you lie to yourself, you can lie to everybody. It’s really easy.

And so that’s what I continued to do, telling myself and anybody that threatened to confront me with it that if you thought what I was doing was creepy or flirty or unprofessional, then it’s because you were the sexist. You were jealous. I was supporting this person, I’m a mentor. I’m a feminist. It’s your problem, not mine, that you’re the one who’s seeing things through that lens. And so I let myself keep doing it.

It’s not as if this person didn’t repeatedly communicate to me the idea that what I was doing was divesting her of a recourse to integrity. I just didn’t hear it because it didn’t profit me to hear it, and this was, after all, happening to me. And so after a season of playing it that way, I broke up with my girlfriend, who I had lied to the whole time, while lying to myself. Lied to her about why I was breaking up with her, because I thought that would make having inappropriate feelings for a co-worker appropriate, if I wasn’t involved.

I want you to be the one to examine this every step of the way and decide for yourself where I’m making mistakes. I don’t want to explain to you what I’ve learned. I want you to look at this and I want it to sound relatively unremarkable to you, because that’s the danger.

I broke up with my girlfriend, then I went full-steam into creeping on my employee. Now I wasn’t in danger of being “a bad person,” and then after that season I got overt about my feelings because it was wrapped and said “I love you,” and she said the same thing she’d been saying the entire time in one language or another: “Please, don’t you understand that focusing on me like this, liking me like this, preferring me like this, I can’t say no to it, and when you do it, it makes me unable to know whether I’m good at my job.”

And because I finally got to the point where I said to her, “I love you,” because that’s what I thought it was, when you target somebody for two years and was therefore rejected that way, I was humiliated, and so I continued to do the cowardly thing and continued to do the selfish thing. Now I wanted to teach her a lesson. I wanted to show her that if she didn’t like being liked in that way, then, oh boy, she should get over herself. After all, if you’re just gonna be a writer, then this is how “just writers” get treated. And that was probably the darkest of it all. I’m gonna assume that when she tweets about it and refers to “trauma” that that’s probably it, because I drank. I took pills. I crushed on her and resented her for not reciprocating it, and the entire time I was the one writing her paychecks and in control of whether she stayed or went and whether she felt good about herself or not, and said horrible things. Just treated her cruelly, pointedly. Things that I would never, ever, ever have done if she had been male and if I had never had those feelings for her. And I lied to myself the entire time about it, and I lost my job. I ruined my show. I betrayed the audience. I destroyed everything, and I damaged her internal compass.

The last and most important thing I can say is just: Think about it. No matter who you are at work, no matter where you’re working, no matter what field you’re in, no matter what position you have over or under or side by side with somebody, just think about it. You gotta, because if you don’t think about it, you’re gonna get away with not thinking about it, and you can cause a lot of damage that is technically legal and hurts everybody. And I think that we’re living in a good time right now, because we’re not gonna get away with it anymore. And if we can make it a normal part of our culture that we think about it and possibly talk about it, then maybe we can get to a better place where that stuff doesn’t happen. So that’s it. Please don’t hurt her. Please don’t make this worse on anybody but me, and let’s move on. I’m bad at ending things.

Compared to Kevin Spacey, Louis C.K or even James Franco’s joke-like apologies, it’s almost like Harmon took it upon himself to show the way to the world, how to own up to your misdeeds. And he couldn’t be more articulate. More people in this world, need to come out and speak like Harmon has.