Four times in a row, is no joke. Aamir Khan is celebrating his fourth consecutive success in China, after Secret Superstar’s box office tally exceeded Rs 300 crore in 8 days! The film directed by Advait Chandan now stands at $51.5 million on day eight which approximately converts into a little over Rs 327 crore.

Before this, Aamir Khan-starrer 3 Idiots, PK and Dangal have all opened to warm reception on Chinese screens, with Dangal grossing close to $200 million (Rs 1300 crore approximately) and becoming the highest grossing Indian film in China.

The modestly-budgeted Diwali release did surprisingly well in the domestic box office, where the film took back a reported Rs 61 crore against its 15-crore budget. The film was declared a hit, after it brought in an additional Rs 60 crore from overseas territories. And now with the film’s incredible run in China, it goes on to prove that Aamir Khan is the equivalent of an ISI mark when it comes to the release of Bollywood films in China.

It’s reassuring to know that any Hindi film with Aamir Khan’s face will do as well, if not more. And to be fair, all the four releases have been decent films at the very minimum. Advait Chandan’s film starring Zaira Wasim in the lead role, has Aamir in a special appearance (which was a smart business decision). 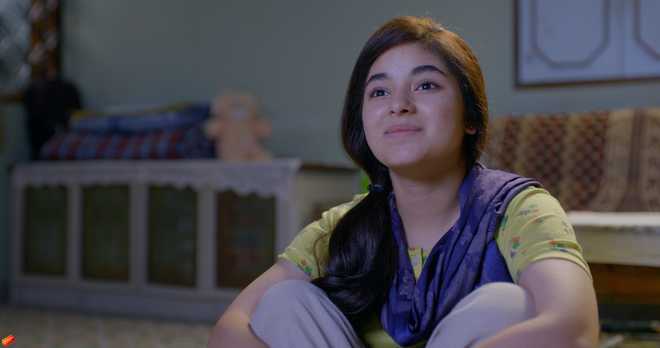 Since Rajkumar Hirani’s first collaboration with Aamir Khan in 3 Idiots, it has more or less established China as a huge market for the actor. Yash Raj might want to take note of this, with their upcoming release Thugs of Hindostan which will see Aamir team up with Amitabh Bachchan for the first time ever.