Will Sanjay Dutt's Bhoomi be what Shivaay should've been for Sayyeshaa Saigal?

A come-back film for Sanjay Dutt, Bhoomi is about a father-daughter relationship and Sayyeshaa might be seen playing the character of Dutt's doting daughter in the film.

Actress Sayyeshaa Saigal, who recently made her Bollywood debut with Ajay Devgn’s Shivaay is all set for her next film opposite Sanjay Dutt. The buzz has it that the actress has been approached for Omung Kumar’s Bhoomi. A come-back film for Sanjay Dutt, Bhoomi is about a father-daughter relationship and Sayyeshaa might be seen playing the character of Dutt’s doting daughter in the film.
This will be Dutt’s first film after serving his jail term. According to Omung, Bhoomi is an emotional thriller which will keep the audience gripped. It will be shot in Uttar Pradesh and will go on floors next year. 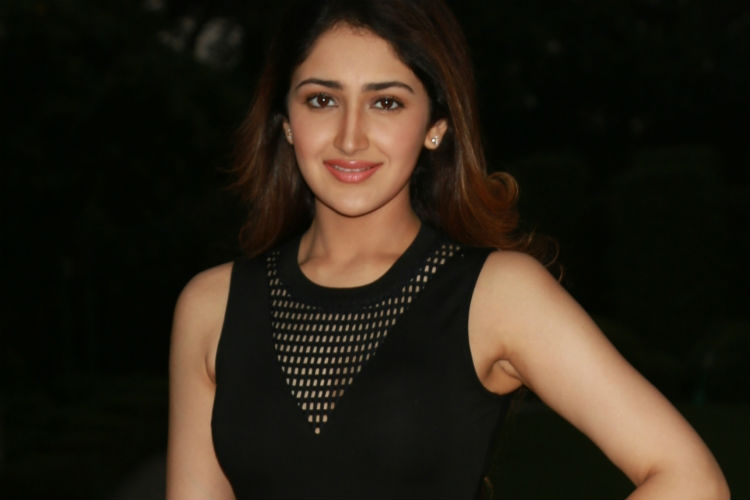 Speculations were rife before the announcement of the film that actress Kriti Sanon has been approached to play Dutt’s daughter in his come-back film. However, if the latest reports have anything to go by, it’ll be interesting to see how Sayyeshaa and Sanjay Dutt work on their equation for the film. Her character in Shivaay also emphasized on showing a father-daughter bond in the film. While the film did good business at the Box Office, it couldn’t be the big breakthrough for Sayyeshaa.

We called to ask Sayyeshaa about the same, but could not get through her. Her mother and former actress Shaheen Banu received our call and told us that Sayyeshaa was currently busy shooting and she’ll get back to us in the evening.

Bhoomi is being made under Bhushan Kumar’s T-Series and Sandeep Singh-Omung Kumar’s Legend Studios.