Ranbir Kapoor’s next a biopic on Sanjay Dut is one of the much-awaited films of 2018. The actor’s role of Sanjay Dutt on-screen is eagerly awaited. Earlier, it was reported that the film will clash with Salman Khan’s new movie on Eid next year, however, reacting to the reports, director Rajkumar Hirani confirmed that the biopic will release as scheduled in March 2018.

Denying the reports about a possible date shift in the film’s release, Hirani said: “All these are baseless rumours. The film will release as per schedule in March 2018.” So, as Hirai himself clarified the reports it is clear that there are no possibilities for Ranbir Kapoor’s next to clash with Salman Khan’s next Eid release.

There is immense anticipation around the big biopic regarding Hirani’s directorial as he is turning to the cameras after his 2014 blockbuster PK, which featured Aamir Khan, Anushka Sharma, and Sushant Singh Rajput in pivotal roles.

In the upcoming biopic, the filmmaker will be tracing Sanjay Dutt’s life story. Ranbir will be seen donning six different looks in the film. Inorder to get into the skin of the character, the Ae Dil Hai Mushkil star has undergone a huge transformation. From adapting the famous Dutt’s walk to his hairdo, Ranbir seems to have tried every possible measure to do full justice with his character. 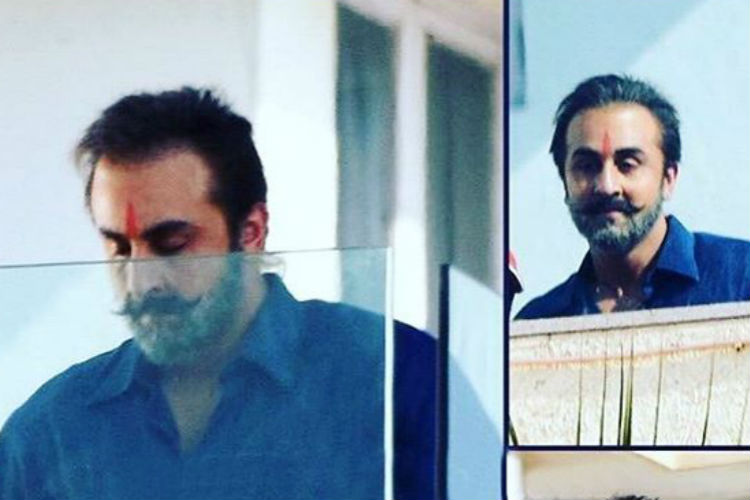 Written and directed by Rajkumar Hirani, the upcoming biographical drama is produced by Vidhu Vinod Chopra. Apart from Ranbir, the film also features Manisha Koirala as Nargis Dutt, Paresh Rawal as Sunil Dutt and Dia Mirza as Maanayata Dutt. Besides, it also has Sonam Kapoor and Anushka Sharma in pivotal roles.