Tigmanshu Dhulia is pushing the bar at the actor in Aanand L Rai’s next featuring Shah Rukh Khan. The 50-year-old actor will be essaying the role of SRK, 51. While this cast might look a mismatch to many, Tigmanshu feels it is great for an actor to play such characters. Dhulia, who is also a director, revealed the real reason behind agreeing to take up this movie.

Speaking to InUth, Tigmanshu said, “The main reason why I signed this film was not that I am an actor but am also a director. This movie has a lot of visual effects because Shah Rukh is playing a dwarf. The director in me wanted to just sneak into the sets learn how the movie is being shot.” Aha! Mr Dhulia does have a genuine reason.

Tigamanshu’s directorial Raag Desh is hitting screens on July 28. The movie, based on pre-independence era, is the story of three soldiers- Shah Nawaz Khan, Gurbaksh Singh Dhillon and Prem Sehgal, who were tried for treason and murder. These three brave soldiers of the INA and the trials which happened played an important role in the freedom struggle. They stood against the British and were accused of treason and sedition. When Tigamnshu was asked about the term sedition which makes it to the news on a regular basis, he said:

See this three- Gurbaksh Singh Dhillon, Shahnawaaz Khan and Prem Sehgal, were charged with treasons and murder. They eventually got away with murder but the charges against treason were held and they were found guilty. You are talking about the accusation and the current scenario. It is really sad. Today we have to prove to a few select people that how patriotic we are. I feel nobody has the right to question me of my patriotism and how much love I have for my motherland.

Also read: Kunal Kapoor opens up on Naina Bachchan and the ‘not so filmy’ couple they make

Revealing his reason for directing the film, the ace filmmaker said:

I thought it was a great opportunity for me to show the viewers this chapter of history which was not explained or we were not told about it in our history classes. Any Bollywood producer would not have given me this opportunity so I just grabbed it. 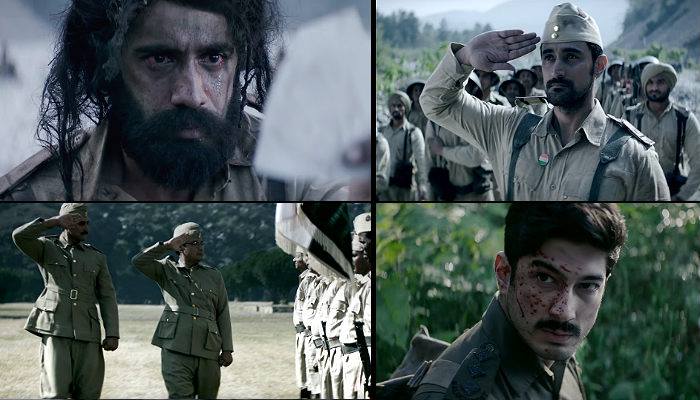 Dhulia added he is not anticipating any kind of trouble with the CBFC. He said the movie would not hurt anyone’s sentiments. But when asked about the CBFC’s love for chopping scenes, Tigmanshu said:

I think it is very juvenile and regressive. They are here to certify a film. That is their job, they should do it with diligence. They should not follow any political party’s ideology which I think they are doing now. It’s very sad and I feel really angry about it.