You might have seen Anushka Shetty’s fierce look in SS Rajamouli’s Baahubali, but the latest picture of the actress from the sets of the film is something you can’t afford to miss.  In the picture, the Rudhramadevi star can be seen holding a camera instead of a sword. The image captured both the Baahubai stars Prabhas and Anushka Shetty in one frame, as they can be seen indulged in a fun activity. But this image caught our attention, not because of the usual pairing of the duo, but because of Anushka Shetty’s rare look.

Anushka has a huge fan following and people love to catch the 35-year-old actress’ Baahubali avatar in which she impressed her audience. However, after watching this image, we bet you would definitely love it as well.

Meanwhile, Anushka, who is rumored to be paired opposite Prabhas in his next Saaho has now been replaced from the upcoming project. According to the latest buzz, Bollywood actress Shraddha Kapoor has been finalized to play the female lead. Reportedly, Anushka Shetty’s weight gain has created a problem for the actress in bagging the role opposite her Baahubali 2 co-star. A source close to a leading daily, a source revealed, “Anushka was training hard for her role in Saaho. However, her weight has become a bone of contention.” 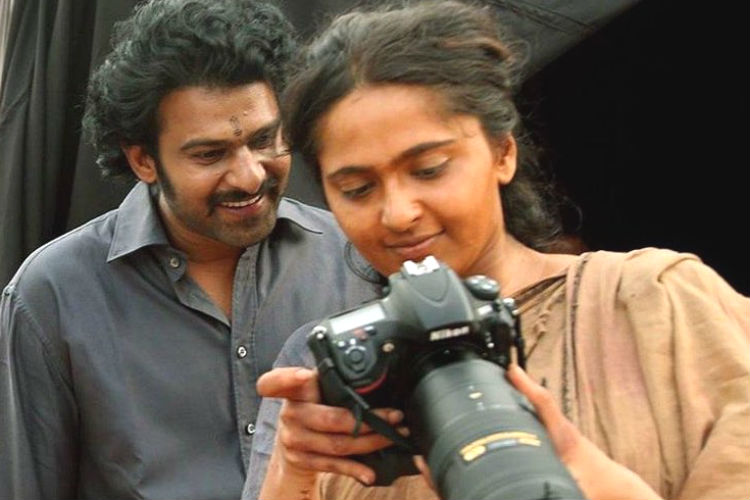 Anushka Shetty, Prabhas during the shoot of Baahubali (Courtesy-Twitter)