Akshay Kumar’s wife Twinkle Khanna is an author, columnist and a producer. Despite having given up acting years ago, she is as popular as her better half, even stealing the limelight on several occasions. Recently, she did the same at an award function and that too without attending it.

Akshay, who recently won his first National Award for Rustom, was felicitated with the Man Of The Decade award at Vogue Beauty Awards 2017. While accepting the award, the 49-year-old actor said that Twinkle had given him a speech to read.

” I would like to thank Vogue for this award. To my overpaid trainer and my underpaid cook, a big thank you for helping me maintain this beautiful ‘Man of the Decade’ body which I have,” he said.

Adding further, the Jolly LLB 2 actor said,”Though part of the credit should also go to the fact that I did not have two carry my two children for nine whole months. And thus my stomach did not have to stretch to elephantine proportions, and then deflate to a small paunch with stretch marks and saggy skin that no amount of dieting can eradicate.” 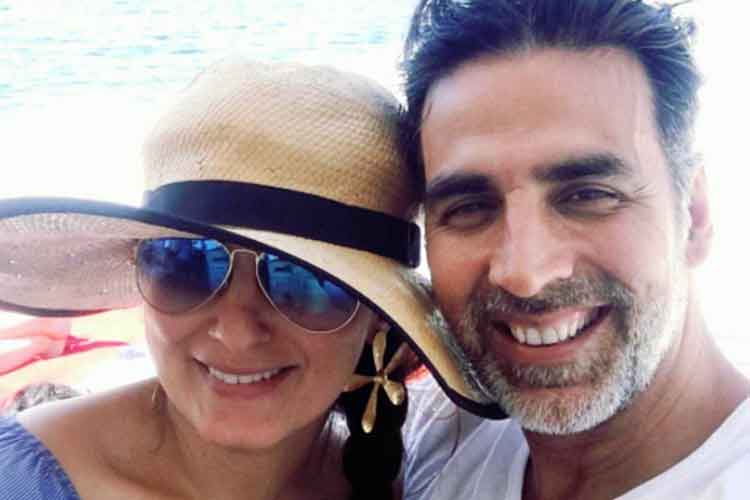 Akshay Kumar concluded the speech with a brilliant sign-off. “It’s time for me to wind this up because it’s really not fair that I always reach home late, and I should not take anyone so much for granted. But before I leave I would once again like to thank my beautiful, talented wife,” he said.

Twinkle has turned producer with Padman, that features Akshay Kumar, Radhika Apte and Sonam Kapoor in pivotal roles. Directed by R Balki, it chronicles the story of Arunuchalam Muruganantham, who invented cheap sanitary napkins for the women of his village. The film is slated to release on April 13.