Imtiaz Ali is one among many directors who have directed Shah Rukh Khan in a romantic movie. The actor has won many hearts by doing romantic movies and playing roles of a charismatic lover. In Jab Harry Met Sejal, Shah Rukh plays the role of a tour guide who falls in love with a Gujarati girl Sejal, played by Anushka Sharma. The director and the lead pair of the movie are on a promotional spree as they want to leave no stone unturned for making the movie a hit, as it releases tomorrow, August 4.

In one of the promotional events, Imtiaz was asked why he thought Shah Rukh still remains the king of romance. To this Imtiaz responded that it was because he has a big heart and so much love to give. He said, “Shah Rukh Khan has got the largest heart. It is a coincidence that a tag gets associated with you but keeping up with it for so many years proves there is something about him. I have seen this a lot of cinema and believe it as well that sometimes people close to you don’t understand the truth in your heart. But people who are watching you on screen understand that emotion. I think this is the case with Shah Rukh. He just has so much love to give and has such a huge heart.” 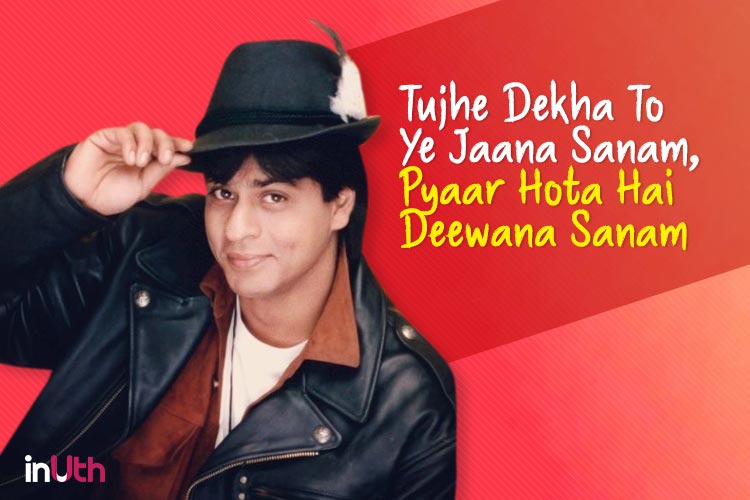 Shah Rukh Khan is rightly known as The King of Romance

It is hard to argue with Imtiaz on this one. The way Shah Rukh Khan treats his fans and his co-stars proves that he has a big heart. At 51, Shah Rukh is still the star who makes women go weak in their knees.

Also read: 15 statements by Shah Rukh Khan that prove no Bollywood actor understands love and romance better than him

In an interview to a leading film journalist for the promotion of Jab Harry Met Sejal, Shah Rukh said love stories get beautiful when told from a woman’s perspective. With so much love that he has in heart for women, it is easy to understand why he is still the King of romance.