There is no dearth of inspiring stories in India and one of them is about to be told on the silver screen. Poorna, a directorial by Rahul Bose tells the inspiring story of a 13-year-old who scaled the heights of Mount Everest. The trailer of the movie was released recently and it hints the movie would be promising. The clip also asks the unsettling questions about child labour and how girls are forced to give up on their dreams owing to societal pressure.

Trailer of Poorna started with how the little girl Poorna, played by Aditi Inamdar, was forced to quit school and she decided to run away. Just when she was at the crossroads deciding what to do next, her coach (played by Rahul Bose) tells her the biggest truth of life. It was those words of her which form the crux of the story- Ladkiyan Kuch Bhi Kar Sakti Hain.

What follows after Poorna signs up for a rock climbing workshop is what formed the crux of the movie. However, realising she wanted to climb one of the most dreadful peaks of the world and tracing the journey to it, wasn’t easy. In the way to the top, Poorna had to cross many hurdles. 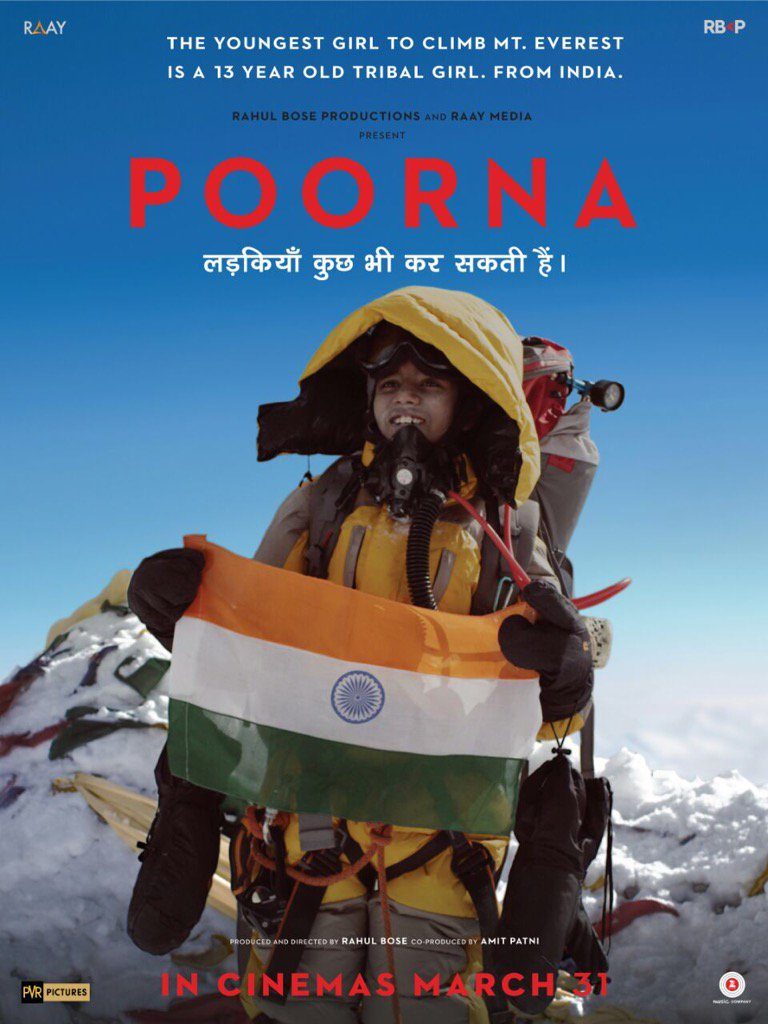 But somehow all of this became possible because of her coach. Rahul Bose’s role of the teacher who believed in her would definitely qualify as one of his best performances. It won’t be wrong to say this teacher would be scripted in history of Bollywood in golden words. The film produced by

The film will release on 31 March.