In a move that may shock her fans, Vidya Balan has opted out of a biopic titled Aami of controversial poetess Kamala Das after alleged threats from right-wing outfits including Shiv Sena. The director of the film hinted that a possible reason behind this could be his sour relations with these groups.

The development may lead one to think why the Hindu brigade would have a problem with the movie. Apparently, Kamala Das, who was an iconoclast, converted to Islam during her final years. She changed her name to Kamala Surayya and according to the reports right-wing groups aren’t happy with Vidya’s choice to do the movie.

Reports have it that Vidya was excited to be a part of the movie since she liked the way Kamla voiced her opinions. The poetess penned bold writings and utterances.

Vidya rescheduled the movie twice citing few inconveniences. Earlier her manager said that the dates have only been slightly delayed because of the film strike in Kerala. But now he confirmed to a daily that Vidya has opted out from the project. The report said that the ‘Kahaani 2’ actress and the director Kamaluddin Muhammed had “divergent approaches to the process”.

A source in the know told that the diva left the project only because of creative differences and all other reports about the same are baseless.

Also read: Here are the details of Gadkari’s daugther’s lavish wedding; whatever happened to RSS ethos

Kamal, who has won a National Award and has helmed 48 movies, got embroiled in a controversy in December last year. Back then, RSS workers accused him of supporting few viewers who did not stood up for the national anthem when it was played during the International Film Festival of Kerala. After the controversy, State BJP general secretary AN Radhakrishnan had even urged Kamal to leave the country if he continued to disrespect the National Anthem. 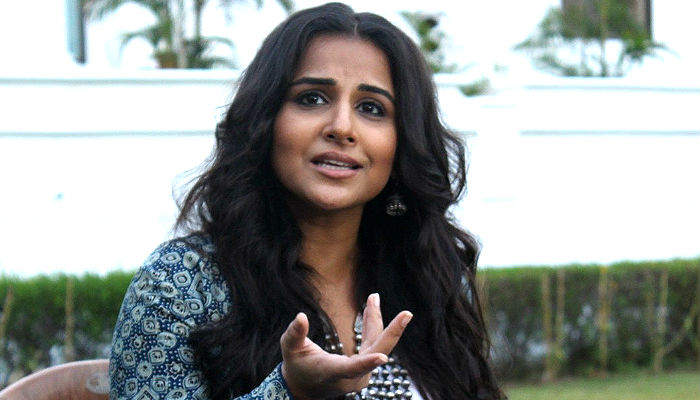 I don’t have any proof to buttress this (his tiff with RSS and BJP being the reason). But if someone clubs these two, they can’t be blamed either.