Kareena Kapoor is all geared for her comeback on screen post pregnancy with Veere Di Wedding. She is hitting the gym hard and shedding out the extra kilos that she has put on, before her next big release. The film has kept the buzz going since it was announced. And has built a curiosity on its plot over the time. But guess what, putting an end to all the curiosities Kareena has revealed the whole plot the Veere Di Wedding. The film is produced by Sonam Kapoor’s sister Rhea Kapoor.

According to the reports published by a leading daily, revealing the plot Kareena said, “I’m possessive about my friends and this film reflects that side of me. It’s the story of four girls who attend my wedding and all the dhamaal that it involves. It showcases women and their emotions. It’s the right time to do this kind of film.”

Kareena also revealed that initially, she did not find herself fit for the role in the film. She asked Rhea to cast an actress who is nearly 10 years younger to her for Veere Di Wedding. “She (Rhea) stood by the film through thick and thin. Picture this, you have money, a script, time and your heroine calls you up to tell you that she is pregnant. Rhea reworked her script to add the pregnancy angle (which was eventually dropped), even though I told her to go ahead with an actress 10 years younger. At a time when producers drop an older actress for no particular reason, Rhea, who is a woman of gumption, courage and conviction, told me that the film was all about women and there was no way she was going ahead without me.” 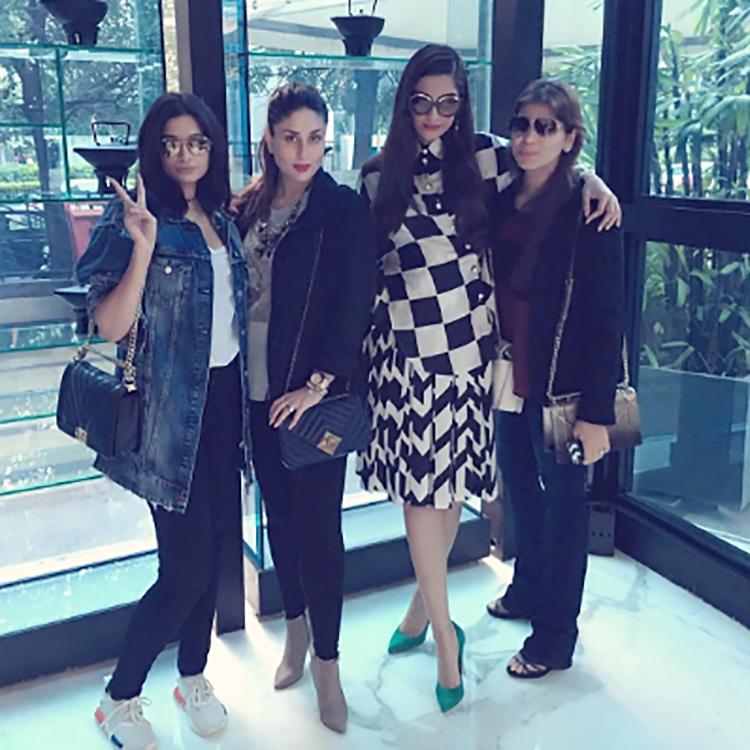 The 36-year-old actress who will soon start shooting for Veere Di Wedding. Helmed by Shashanka Ghosh, the film also stars Sonam Kapoor, Swara Bhaskar and Shikha Tilsania. This will the first time ever when Bebo and Sonam will share the screen space.