The first poster of Bollywood’s much-awaited chick flick, Veere Di Wedding starring Kareena Kapoor and Sonam Kapoor is finally here and boy, we just can’t wait to witness this summer wedding which is hitting the theatres on May 18. The poster featuring Kareena Kapoor Khan, Sonam Kapoor, Swara Bhaskar and Shikha Talsania is loaded with shaadi shenanigans, fun and joy, and everything that one expects on their Veere’s wedding.

After the teaser poster of the film was released on October 24, where the soni kudis were seen playing peek-a-boo and sorting each other’s fineries, the first poster shows all the four Veere di girls dressed in sherwanis and safaa (turban) and dancing like nobody is watching. 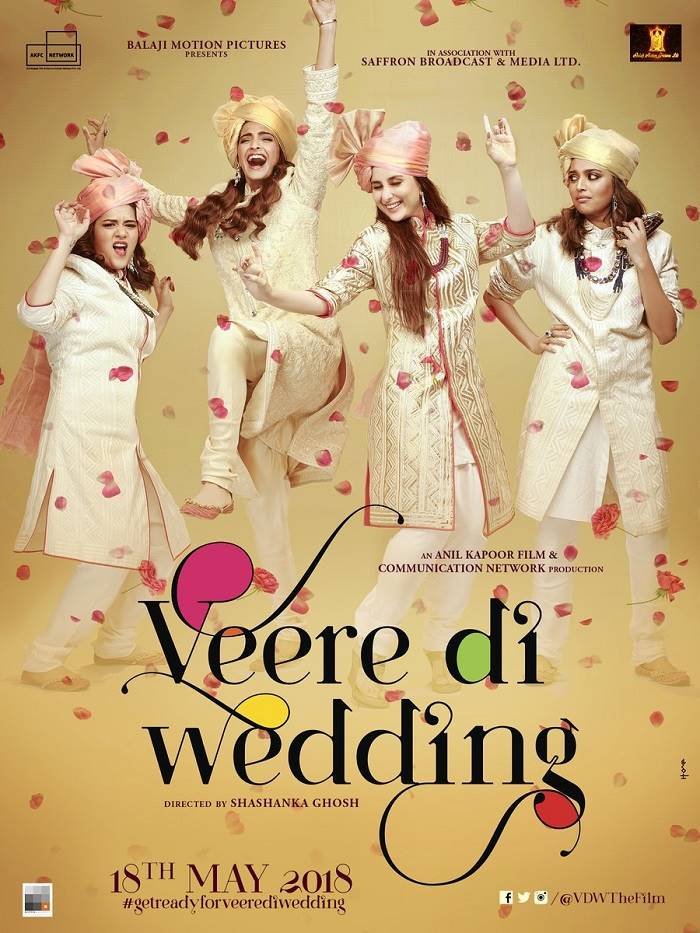 Also read: When Sonam Kapoor spoke about being a self-made fashionista and buying her first designer item

Directed by Shashanka Ghosh, Veere Di Wedding follows four women who embark on a trip from Delhi to Europe. While Sonam Kapoor and Swara Bhaskar have earlier worked together in films like Raanjhanaa and Prem Ratan Dhan Payo, this will be Kareena’s first film with Sonam. The film is being produced by Sonam’s sister Rhea Kapoor. 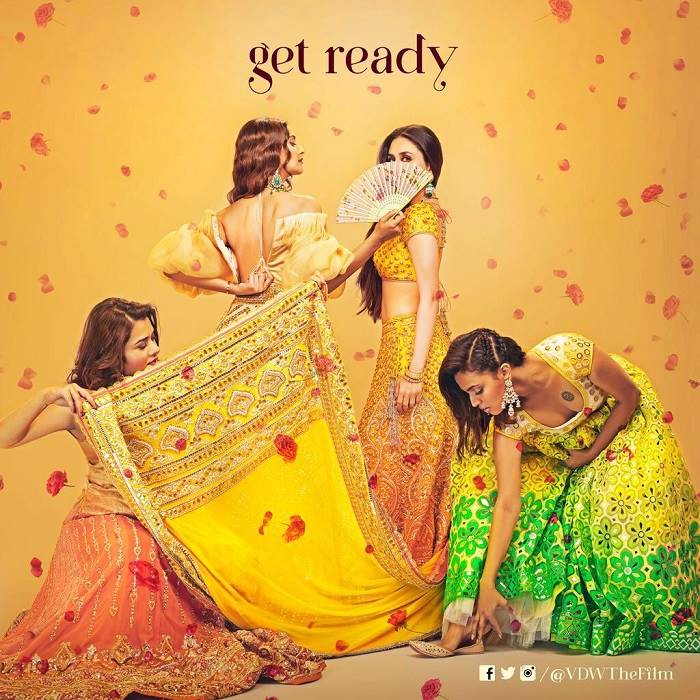