Salman Khan launched the trailer of his much-awaited movie Tubelight in presence of media and fans. The trailer gave a glimpse into what the Kabir Khan movie would be. But apart from the Salman Khan, Om Puri and Sohail Khan, Tubelight is also special as it features Shah Rukh Khan in a cameo. Chances are you might have already seen the trailer. But did you spot Shah Rukh Khan in it?

Here is a still from the trailer that will make you believe in it: 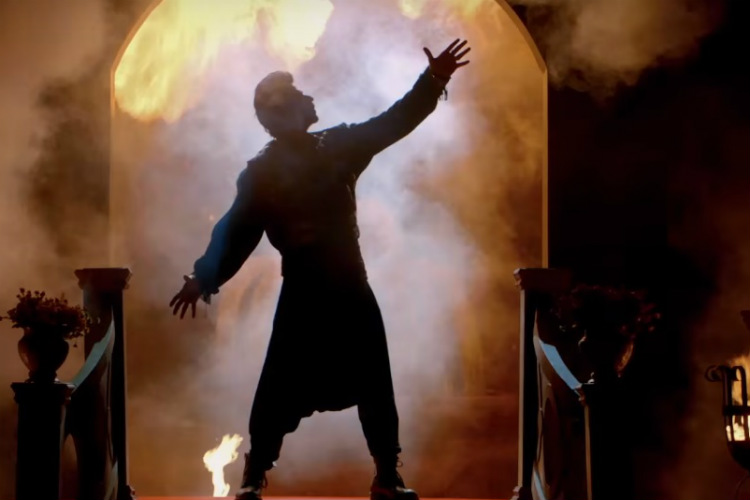 After watching SRK in the trailer, we were reminded of his song Chhaiya Chhaiya. Remember how he was seen coming out from a tunnel in it? This one too gave major feels of the same. Watch it here for the love of Shah Rukh Khan:

Also read: Salman Khan Tubelight trailer review: Get ready for an innocent story that talks about faith and humanity

Tubelight marks the return of Salman Khan and Shah Rukh Khan to the silver screen after ten years. They were last seen sharing screen space in Om Shanti Om, that released in 2007. In this Farah Khan directorial the two shook a leg at the title track of the movie. Post the release of Om Shanti Om, Salman and SRK had an ugly fallout. However, after the Iftaar party of Congress Leader Baba Siddiqui and the wedding of Arpita Khan Sharma, the two ironed out their differences. Their fans got a chance to see both of them together in the ninth season of Bigg Boss. And now that Salman and Shah Rukh are sharing screen space after so long, their fans can rejoice.

The film will release on June 23.

Also read: Tubelight trailer: Here are the 6 things which we are excited about seeing in Salman Khan starrer trailer

Just for some flashbacks: