With Tubelight not seeing amazing collections on the first day and opening weekend, all eyes were set on Monday. This Salman Khan starrer was touted as the big Eid release of this year, with Tubelight Ki Eid, being one of the to trends across social media platforms. As expected the movie recorded a good jump in collections on Eid however according to Salman Khan’s previous records, this has been dismal. Reports have it that Tubelight did not register humongous growth on Eid and almost none in the cities like Mumbai, Delhi and Bangalore.

The movie earned Rs 19.09 crore on Eid, the numbers being less than the previous days. These numbers are poor considering Salman Khan’s stature. Though reports suggested that single screens’ occupancy saw a jump, that did not translate to Box Office numbers. Now the poor performance of Salman Khan’s movie on Eid will break Salman Khan ‘s heart.

It should be noted that these numbers are of the single screens.

On the day of release, Tubelight earned Rs 21.15 crore, on Saturday Rs 21.17 crore and on Sunday Rs 22.45 crore. The first-weekend collection of Tubelight was Rs 64.77 crore. If it would have been any other star these collections would have been considered laud-worthy, but Salman Khan’s film earning so much is not a reason worth celebrating.

What may not have worked for Tubelight, is the fact that viewers did not connect with viewers. Salman Khan shedding the macho avatar may have proved he wishes to experiment with roles. But maybe viewers are so used to seeing him in a larger than life avatar, that accepting him as a slow-minded person did not work. Tubelight also fell prey to a thin plot. The script of this Kabir Khan directorial could have been tighter, said, critics. Doing away with the over emotions could have also helped. 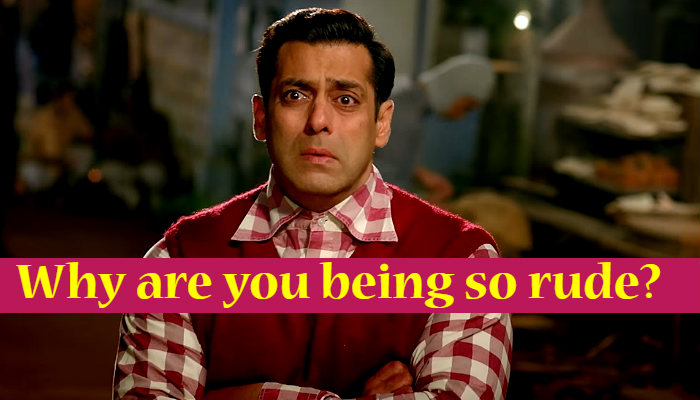 Salman Khan in a still from Tubelight

When Salman Khan was asked about how he felt about the criticism his movie drew, he said Tubelight would be a hit nevertheless. He said the movie will touch the hearts of people and they will love and respect it.