Akshay Kumar and Bhumi Pednekar-starrer Toilet: Ek Prem Katha has finally hit the screens today, on August 11 and is getting a warm response from the film critics and audience alike. While the fate of this Shree Narayan Singh directorial is yet to be decided at the Box Office, Bollywood celebrities including Anupam Kher, Omung Kumar and Rahul Sharma among others have already given it their thumbs up. They took to Twitter to post their reactions after watching the film, while others extended their good wishes for the success of the film.

Extensively shot in Mathura, Toilet: Ek Prem Katha is a romantic comedy, which intends to create awareness about hygienic sanitary practices. The film intends to entertain and educate at the same time. Toilet: Ek Prem Katha deals with the need of proper sanitation in India and is based on Prime Minister Narendra Modi’s Swachh Bharat campaign. In the film, Akshay will be seen playing the role of  Keshav, while Bhumi plays his on-screen wife Jaya.

This is the first time Akshay Kumar and Bhumi Pednekar will be seen sharing the screen space in a film together. After watching the film, B-Town celebs not only praised their powerful acting but didn’t hold back to compliment them for bringing such an important issue to the fore. Check out what they all have to say about this Akshay Kumar-starrer: 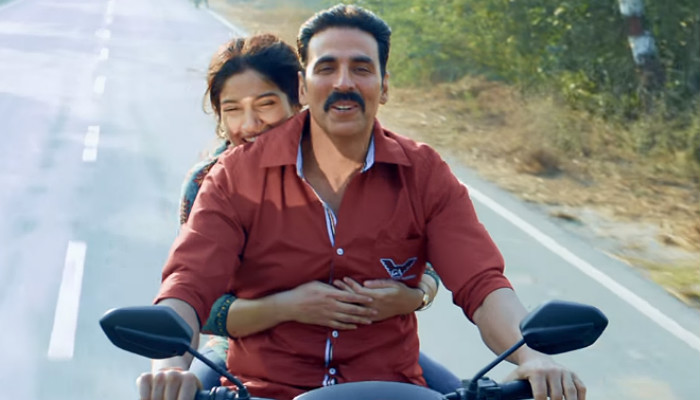 What a thought provoking film. #ToiletEkPremKath a must watch. Congratulation @akshaykumar @psbhumi @kriarj

Dear @akshaykumar!! Loved you in @ToiletTheFilm. It is your best performance. Mature, funny, self mocking & moving! Proud of you my friend.pic.twitter.com/TZQAFdbi12

Wishing you a Blockbuster at the Box Office Sundi @akshaykumar & @psbhumi you are a treat to watch. #ToiletEkPremKatha out today. pic.twitter.com/Dve82CXTsq

Hey guys! Just 1 day to go for #ToiletEkPremKatha! @akshaykumar @psbhumi, kudos for raising such an important issue! Excited to watch this! pic.twitter.com/mVyW2iNPt3

.@akshaykumar Akki, your growth as an actor & your choice of films is just outstanding! You truly inspire! The very best for @ToiletTheFilm pic.twitter.com/0MuJXMVpD6

Time to head to the TOILET!!!!!Releasing TOMORROW at a THEATRE near you 🙂 don’t make the… https://t.co/s8n3xidCrE

Meanwhile, Akshay is busy shooting for his next Bollywood outing Gold which is based on the life of Balbir Singh, a former hockey player. Also featuring Mouni Roy opposite him, the film is being helmed by Reema Kagti.