You can call it the ‘heartbreak’ or the ‘romantic’ song of the season depending on the way you see it, but Half Girlfriend‘s ‘Main Phir Bhi Tumko Chahunga’ is one song no one seems to get enough of. Crooned by Arijit Singh and Shashaa Tirupati, the song has been at the top of the charts ever since its release. This overwhelming response has pleased Shashaa so much so that she feels blessed to be a part of it.

Speaking to InUth.com on phone, Shashaa not only elucidated her association with the film Half Girlfriend but also mentioned about her experience with AR Rahman and the lesser recognition that female singers get sometimes. Excerpts from the interview:

First and foremost, how do you see the appreciation that ‘Phir Bhi Tumko Chahunga’ received?

For me, this is my second big hit after Humma (The Humma Song) and I am really glad that people are appreciating my voice. Till now, I was singing mostly in the South and had worked with Rahman Sir (AR Rahman). It is overwhelming to me that the admiration has spread from South up to North. It feels more special because I am neither from here nor South, I am a Kashmiri from Canada. For me, the biggest privilege is that I’m singing alongside Arijit Singh and the composition by Mithoon, someone whom I’ve held in high regard since Anwar.

How has it been working with the maestro AR Rahman?

Going to Rahman Sir’s studio is like going to the temple. It is not just music, it is the amalgamation of various elements like the spiritual thing, or the direction you get. He doesn’t shy away from seeking inspiration from others, he is very welcoming to the new talent and music and technology. I didn’t ever think I was capable of doing what Rahman Sir extracted from me. He believed in me when even I didn’t have the same faith in myself.

‘Phir Bhi Tumko Chahunga’ is being seen as Arijit Singh’s song. In the past too, we have seen that female versions of hit numbers don’t get as much popularity as the male ones. Why do you think this happens?

I think perhaps it is because of the whole heroism. The society, in a very stereotypical way, has been the hero rescuing the heroine—despite the fact that we are in an era that feminism is being promoted but the truth is genetically still there. Not just here, it is everywhere. Because of this, it immediately translates to the guy singing and getting noticed. Not that there is anything wrong in it but it is not satisfying as an artist. From that point of view, it leaves a hollow as at the end of the day we deliver an art. We do want a return in terms of recognition or prominence in the industry.

However, at the same time, there are female versions which have done really well in the past. It is also about the placement of the song, or the director’s demand. If that is the requirement, then it is fine; but, if there are no such criteria and your version gets a backseat, then that’s absurd. Having said that, I would love to do a song in which I’m given equal lines as the male singer and for that, I guess, we need to make movies like that.

How did you deal with the criticism that ‘Humma Humma’ received?

More than the reviews, if you see the YouTube views, the song has been successful. I said ‘Yes’ to the song because it gave me an opportunity to work in a revamped version of a Rahman Sir’s song and that meant the world to me. I got to experiment with my tonality and it gave a new dimension to my singing. I don’t care about what people say on paper because everywhere I go, I listen to my song playing. 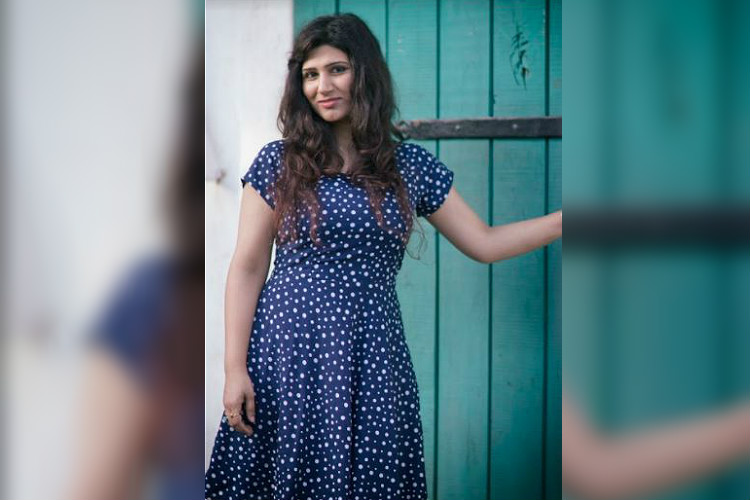 What do you feel about actors like Shraddha Kapoor and Parineeti Chopra singing for themselves?

I love Shraddha’s voice and I am a huge fan of Parineeti. Maybe, I think singers should start acting to compensate (laughs). I think delivering art is of utmost importance. If an actor can sing or if a singer can act, then why not?

What are your views on the ongoing trend of revamping old songs?

I have nothing against it. It is old wine served in a new bottle. If we look at it in a positive manner, these songs give the kids a chance to hear songs which they’ve missed out on. For kids, it is great because they can even say, “Oh my god, this song is really cool. I would love to hear what the original was like.”

How does it feel to work with a director like Mohit Suri who has an amazing music sense?

I feel blessed that I’m getting work that is musically enriching. As far as Mohit is concerned, he has a sixth sense. He knows what is going to work, what’s not. He personally appreciates you for your work.

You lent your voice for the second time for Shraddha Kapoor. How was the experience?

I haven’t met her but she has been really supportive. I would love to collaborate with her on probably one of our own songs.