Actress Priyanka Chopra has seen both struggle and success. After winning the pageant of Miss World at the age of 17, there was no look back for the actress. She, however, says that the world didn’t behave enough cordial with her and she still had to introduce herself to people for work.

It’s been a tremendous film career for Priyanka so far. With films like Aitraaz, Mujhse Shaadi Karogi, Fashion, Dostana, Mary Kom and Bajirao Mastani among others, she has now emerged as one of the leading ladies in Indian cinema today. And trying to continue doing the same in the West as well.

Priyanka is already a small screen star in the West with her ABC TV show, Quantico and will now soon debut on big screen with Dwayne Johnsson starrer Baywatch. The actress though clearly states that this success hasn’t come easy to her. Yes, she had to struggle like most other newcomers in the industry do but her share of struggle also included rejection and being thrown out of films. Talking to a leading daily about ‘nepotism’ in the industry, Priyanka gave a rather interesting answer. While she didn’t directly say whether or not does nepotism exist in Bollywood, she shared her own experience. She said that even the ones who belong to filmy families face a lot of pressure for establishing themselves in the industry. She explained:

All kinds exist. There is nothing wrong in being born into a family that has a legacy. Outsiders don’t have a foot-in-the-door access. Star kids have insurmountable pressure of living up to the family name. Every star has their individual journey. In mine, I have faced a lot. I have been kicked out of films because someone else was recommended to the producer. I cried and got over it. Eventually, those who are meant to be success stories become that, despite all hindrances.

Also read: Priyanka Chopra on doing intimate scenes in Hollywood: I’ve my limitation and people over there know that 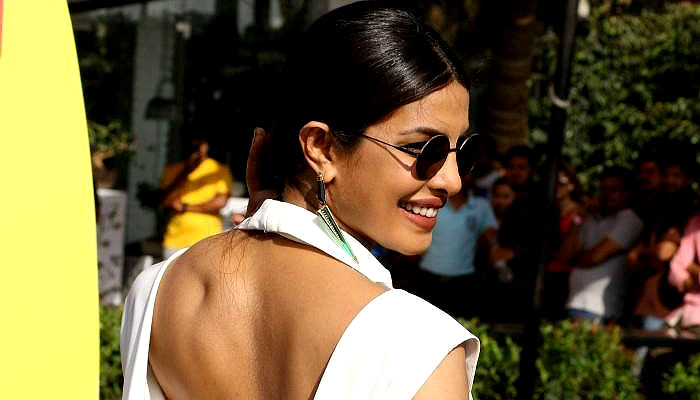 Priyanka also talked about how she has now ‘learned to respect everybody’s job.’ The actress who is rumoured to be a part of Kalpana Chawla biopic, also mentioned that she has evolved to be a better understanding person. As an actress too, she now cares that if she falls sick and doesn’t turn up on the shoot, there are 300 people on the sets who will not be paid on that day. She elaborated:

I see the lives of celebrities as a marathon runner’s. There is a lot riding on us in terms of responsibility. If an actor falls sick and the shoot is cancelled, 300 people don’t get paid that day. I treat it like a marathon. I have learnt to respect everyone’s job. I treat myself as an athlete and acquire that discipline