Priyanka Chopra’s mandate with her production company — Purple Pebble is quite clear. At an event where she was promoting Baywatch in Mumbai, the actress took a moment to talk about how she is venturing into regional cinema first to encourage talent. Apart from Punjabi, Bhojpuri and Marathi film industry, Priyanka’s outlook is to also give Sikkim it’s own film industry. The north eastern state doesn’t have a film industry of its own unlike the other states.

Priyanka, while talking about the work that she wants to do in terms of cinema said:

“I made it big on my own in the industry. Of course, I was Miss World and therefore I got offers but I always had to introduce myself in front of people. I have seen that struggle and therefore my company is always in search of fresh talent whether actors, writers, technicians or musicians. In Sikkim as well, we have roped-in people who are completely new but very talented. We want to give them that first push and make them self sufficient, so that tomorrow when have left, they can run their own film industry with their own talents.”

Priyanka, who is now an international face with her TV show Quantico and the Dwayne Johnson film also talked about her ‘standards’ of dealing with sexuality in films. When asked how does she agree to do bold scenes in the West, the actress said:

“I haven’t done anything more than what is shown here in Hindi films. I am an actor and I don’t like sensationalising stories into sexuality… so, it just becomes a big deal. I have my limitation and people over there know that. In Hollywood, I have only done what I have done in Hindi films. I keep my standard same for everything.” 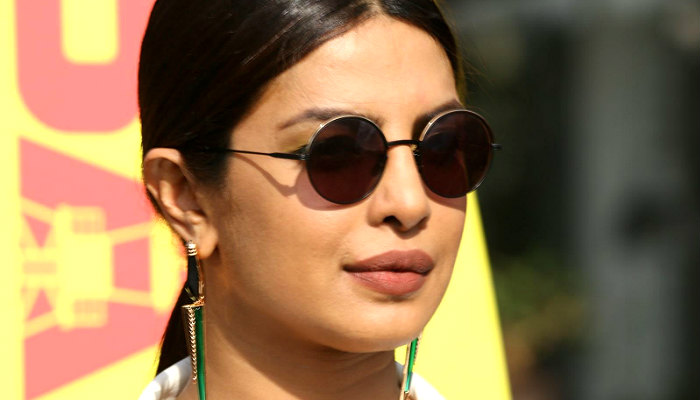 While talking about the treatment that Hollywood gives to the female actors as compared to the male ones, the former Miss World said:

“I feel the world is male-dominated, whether it’s in India or abroad. Outside India, there is also same fight of equality for women as much as it is here in India. Entire world… over the years has told women that they are second class citizens all their lives. Even in films, male actors are given reverence but with female actors, we have reached a stage where female actors have crossed Rs 100 crore-mark at the Box Office. It was achieved by Kangana Ranaut and it is the biggest achievement.”

Also read: These 10 photos of Priyanka Chopra from Ventilator party show she’s not just a good actor but a super chilled producer too

She also highlighted that earlier, women-centric films never got good openings but things are changing now. She explained:

“My films Fashion and Mary Kom did extremely well at the Box Office. Today, female actors are having their best time in the film industry. In the coming years, there are chances that female-centric films touch Rs 200 crore mark but for that, the audience’s mindset has to change. People should come and watch good films and shouldn’t think whether it’s a male or female-centric film.”

Meanwhile, the rumours have it that Priyanka’s next Bollywood film will have her essaying the character of famous Indian astronaut, Kalpana Chawla. While the Bajirao Mastani actress refused to give away any detail, she said that she has read a few scripts and the announcements will be made soon.