Arjun Rampal will essay the role of underworld don Arun Gawli in his upcoming film Daddy. The trailer of the much-awaited film released on June 13 and the actor looks convincing as the fearless don. Earlier this year, Shah Rukh Khan played a liquor don in his film Raees. Tha Rahul Dholakia directorial was alleged to be inspired by Abdul Latif, the Gujarat gangster who ruled the roost in the early 1990s. Coming to the topic, most of you would be wondering who Arun Gawli is. The Mumbaikars must have heard this name but we doubt whether those living outside the metropolis might be familiar with the man who has been a major player in the Mumbai underworld for long.

Here are some facts about Arun Gawli, the gangster-turned-politician who gave a tough challenge to the dominance of D-Company headed by Dawood Ibrahim.

Early years: Arun Gawli was born to Gulab Gawli and Laxmibai in Ahmednagar district of Maharashtra. He managed to complete his matriculation and joined a mill as a worker. He joined hands with gangster Sadashiv Pawle in 1970s and took to anti-social activities.

Rise to fame: According to journalist Syed Hussain Zaidi’s book Byculla to Bangkok, Gawli resorted to settling financial disputes and provided protection to his contractor friends. In return for his service, he demanded a flat 50 per cent commission or some flats in newly constructed buildings owned by his accomplices.

A lover at heart: Gawli fell in love with Zubeida Mujawar and married her against their family’s wishes. Zubeida became Asha Gawli and became lady don of Dagdi Chawl, her husband’s den. Gawli’s aides Babu Reshim and Rama Naik did not approve of his marriage, but did not lodge any protest.

The new boss: After Rama Naik was shot dead in a police encounter in 1988, Gawli took over the reins of the gang and began operating it from Dagdi Chawl. The locality was the title of a Marathi language biopic based on him featuring Makrand Deshpande in title role.

Friends turn foe: Gawli came in contact with Dawood Ibrahim in the late 1980s. It is believed that the Byculla gang supported D-company’s activities. But differences erupted when Rama Naik got involved in a serious dispute with Dawood’s financer Sharad Shetty. It is also believed that Naik’s encounter was engineered by none other than Dawood. Thus, both the gangs became sworn enemies. According to Zaidi, the locals in Dagdi Chawl claimed that Dawood had visited their locality more than once, resulting in a clash. The 1993 bomb blast accused had to retreat and never returned.

Taking up khadi: Gawli floated his own party, the Akhil Bharatiya Sena and contested 2004 Maharashtra Assembly elections from Chinchpokli constituency. He won by a margin of more than 11,000 votes. Later on, Chinchpokli became Byculla Assembly seat in 2008.

Also read: The Raees effect: Why is Bollywood so obsessed with glorifying gangsters?

Gawli’s Haseena connection: Shraddha Kapoor starrer Haseena: The Queen of Mumbai releases on July 14. The film is based on the life of Dawood’s sister Haseena Parkar. But do you know, Arun Gawli who eliminated Haseena’s husband Ibrahim Parkar. The hit was carried out in retaliation to the murder of Gawli’s elder brother Kishore by Dawood’s henchmen in 1990. Parkar’s murder marked a decisive point in Gawli’s rivalry with the D-C0mpany. 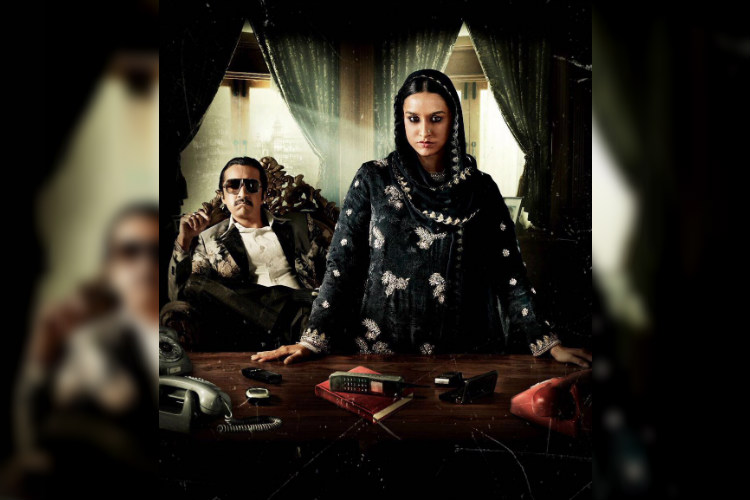 Shraddha and Siddhanth Kapoor in a still from Haseena. (Courtesy: Twitter/Shraddha Kapoor)

Behind bars: Arun Gawli along with 11 others were sentenced to life imprisonment by a special MCOCA court in Mumbai after being convicted in the murder of Shiv Sena corporator Kamlakar Jamsandekar. Currently, he is lodged in Taloja Central Jail in Mumbai. At the time of his conviction, Gawli was booked in 40-odd cases for various crimes.