Few too many fringe groups in Rajasthan have decided that the easiest route to fame is creating an issue with Bollywood’s period dramas. On Friday, Rajput Karni Sena withdrew protests against Deepika Padukone’s Padmaavat after months of violent agitation, threats and destruction of property and now another fringe group from Rajasthan, Sarv Brahmin Mahasabha says it has an issue with Kangana Ranaut’s Manikarnika: The Queen of Jhansi.

Manikarnika is based on the life of 19th century freedom fighter of India, Rani Laxmibai of Jhansi. The members of the outfit have alleged that the movie apparently distorts facts regarding Rani Laxmibai. At a press meet, the president of the outfit, Suresh Mishra said that the film shows Rani Laxmibai having a love affair with a British man, reported Times of India. He said:

“Our sources have told us that the filmmakers are shooting for a love song in which Rani Laxmibai is seen with a British agent of East India Company. We suspect the producers are making the film based on the controversial book ‘Rani’ written by Jaishree Misra.” 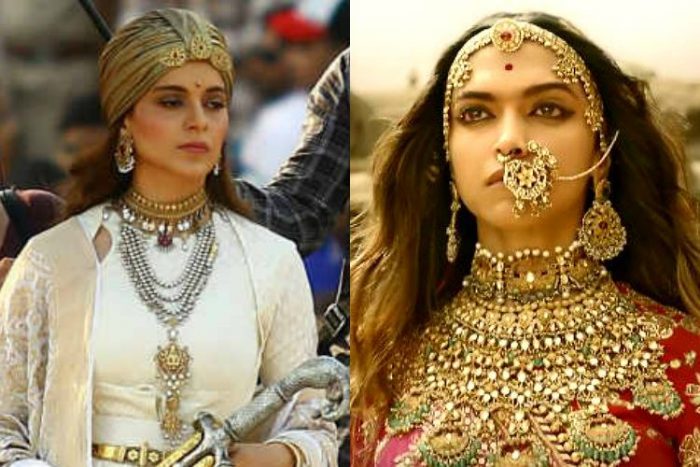 Warning that they would escalate their agitation if the government doesn’t pay heed to their demands, Mishra said that they would meet the state governor Kalyan Singh and Home Minister Gulab Singh Kataria seeking their intervention in the matter. He said :

“In order to check that the issue doesn’t blow up like Padmaavat, the government must ensure nothing controversial is shown in the film. It should get an undertaking from the producers.”

As per the report, Mishra had asked the producer of Manikarnika, Kamal Jain for the names and profile of their scriptwriters and information about the historians they have consulted.

Manikarnika is the Bollywood directorial debut of Krish, who has won a National Award for the Best Feature Film, Kanche (Telugu) in 2016. The film is scheduled for release this year.

Also read: The look and feel of Kangana Ranaut’s Rani Laxmibai and Deepika Padukone’s Rani Padmavati are a study in contrast