Shah Rukh Khan kept up with the tradition of meeting and greeting fans o n Eid yesterday. The superstar waved from his house Mannat to thousand of fans and later had a press conference. During the press meet, Shah Rukh Khan spoke with great candour about a lot of things, including what he wants his children to learn from all religions and his plans in the future. King Khan revealed how he felt about Tubelight, the Salman Khan starrer, that hit theatres on June 23.

Apparently, SRK has watched Tubelight one and a half times. He told reporters, “Mujhe bohot achchi lagi yaar. Maine actually dedh bar dekhi film. Maine pehle puri film dekhi. Phir uske baad the first half, I saw it again at 4 in the morning,” (I enjoyed it a lot. In fact I watched it one and half times.)”

Shah Rukh Khan also has a cameo in the movie and he plays the role of a magician in it. Speaking about his role, Shah Rukh said how could he refused working with Salman Khan. He said, “Koi mana hi nahi kar sakta! Kon mana kar sakta hai usko! Kiski himmat hai? (Who can say no to Salman Khan!),” Shah Rukh Khan was quoted by a daily.

These statements by Shah Rukh Khan is another proof of the friendship which Salman and SRK have developed. A few days ago when Salman was cycling on the roads of Mumbai, he crossed SRK’s house and yelled his name, reminding us that these stars also behave like us around our friends. 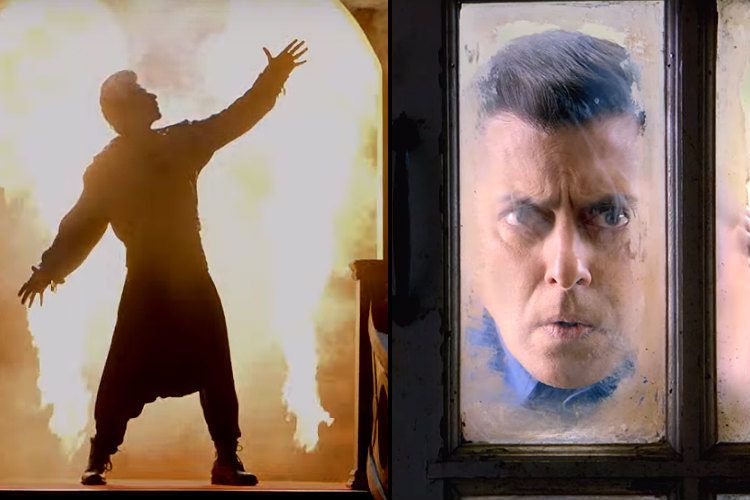 On the work friend, Shah Rukh Khan will be seen next in Jab Harry Met Sejal, a rom-com that also features Anushka Sharma and is directed by Imtiaz Ali. Slated for a release on August 4, JHMS, has been widely shot in parts of Europe.