Sohail Khan played an important role in Tubelight, a Kabir Khan directorial. He and Salman Khan played brothers in this movie that was high on emotions, did not impress viewers. The movie did not rake in as much as money as expected. Tubelight did not get good reviews from critics. So much so that few reviewers said that Salman Khan has started taking his fans for granted. However, Sohail has refuted all these claims and said that his brother has high regards for the fans who spend their money to watch his movie.

In a recent interview, Sohail Khan spoke about the negative reviews of the movie. He said it was critics’ job to give their opinion of the movie but targeting Salman’s personal life is unfair. “Of course, the critics have every right to feel whatever they think right. And, Bhai accepts that without prejudice or suspicion. But, they should avoid personal comments and barbs aimed at an actor’s personal life. Please review the film, not Salman Bhai’s life,” Sohail Khan said.

Talking about Salman shedding his macho avatar in the movie, Sohail said it was a tough decision. He explained that given Salman’s stature he can do anything or nothing at all on screen for his fans. Yet he chose a character which was vulnerable and weak. In Tubelight, Salman played the role of a slow-minded person who did not understand the complexities of the world. Essaying such a character was not easy for Salman, and Sohail wants people to respect that. He said, “It is said he just needs to come in front of the camera and stand on the screen to make his fans happy. He could do ANYTHING he wants on screen. Or inversely, do nothing at all. Yet, Bhai chose to play this character who is humble, weak and vulnerable. I think it takes a lot of guts to play this atypical hero.”

“Salman bhai is a responsible actor. Contrary to the image, he takes his duties towards his fans very seriously,” Sohail Khan added. In the past, Salman has been quite vocal about the over-priced tickets in theatres. So, it is hard not to believe Sohail Khan. 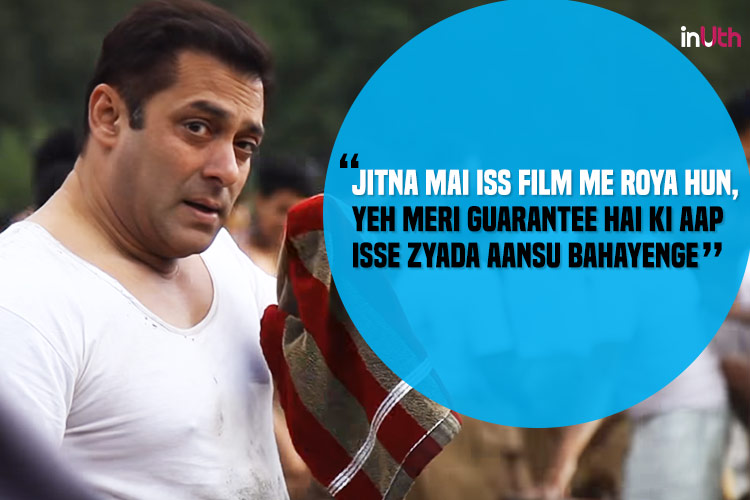 Well, Salman Khan definitely keeps his fans in mind before taking any decision, and these statements by Sohail Khan proof just that.