Soha Ali Khan is pregnant and the recent photos from her baby shower had gone viral. The actress, who married actor Kunal Khemu in a private affair, just posted a photo of her doing yoga on Instagram. What seems like a normal yoga routine is interesting as Soha confidently and gracefully flaunts her pregnant belly.

The actress wore a green crop top and did a warrior pose while doing yoga for the click.

Soha is going through one of the most beautiful phases in a woman’s life. She is pregnant and seems to be enjoying every moment of it. She has the glow that pregnant have and looks happy in all her appearances. However, seems like people aren’t quite comfortable with Soha putting out the particular picture. While a few praised the Rang De Basanti actress for looking healthy and taking good care of herself by doing yoga, most people think she has brought a shame to womanhood and her family by posting the picture.

Check out the people appreciating her: 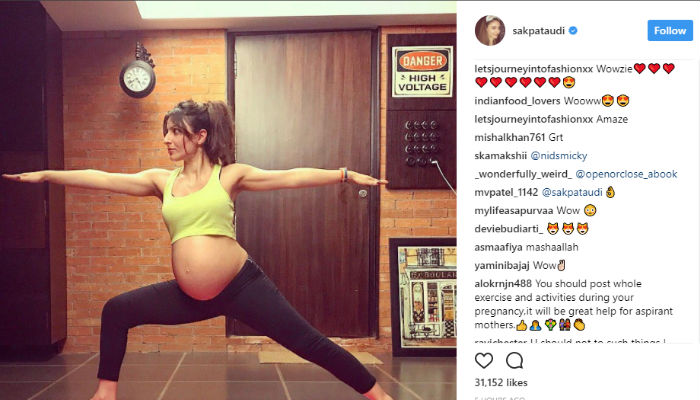 Now check out these comments. Some of them are utterly disgusting and disturbing. 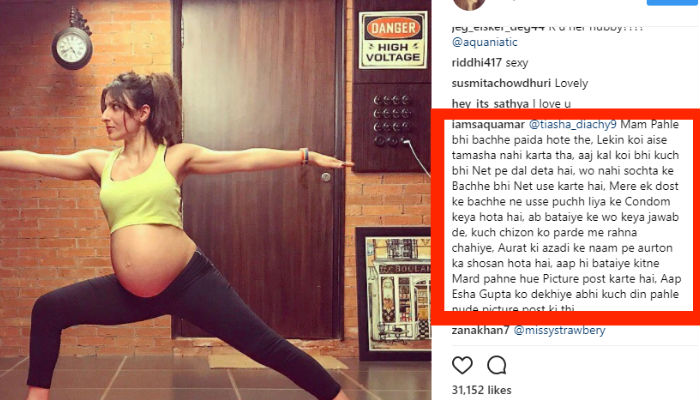 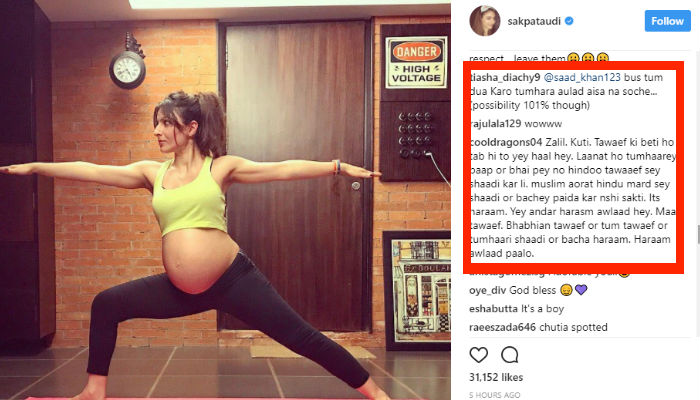 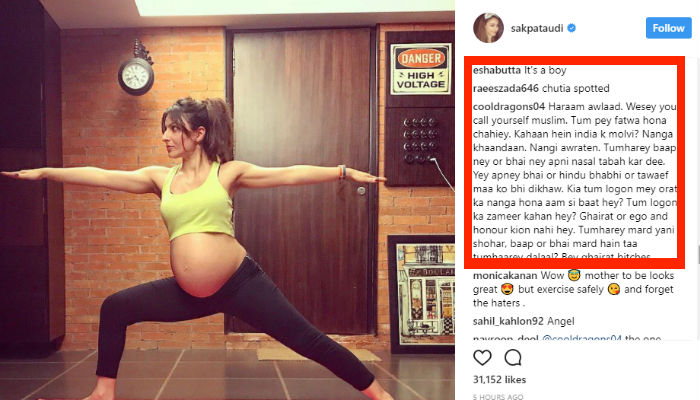 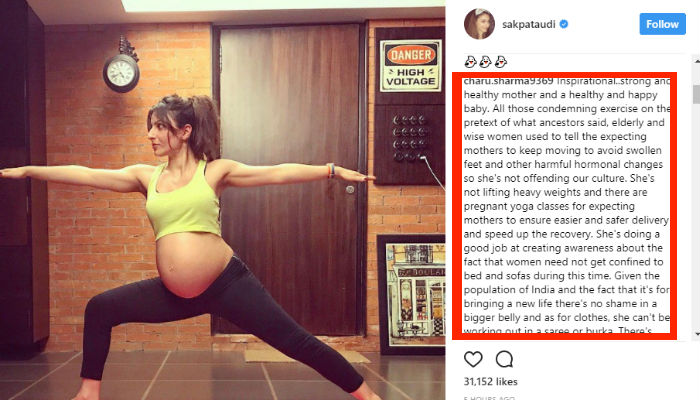 Soha has been slammed because she has outrightly defied the way a woman is expected to carry herself during her pregnancy — shy, modest and introvert. But, more so for some, she has apparently brought shame to her ‘Muslim’ family.

Get a life, haters!