The trailer of Kangana Ranaut starrer Simran is being praised for looking fresh. It has garnered 4.5 million views on YouTube within 24 hours of being released.  The film, directed by Hansal Mehta, features Kangana as Praful Patel, a Gujarati girl who is also a divorcee and a kleptomaniac gambler. One would say that this sounds like a tragic tale. But surprisingly, Kangana is seen frolicking and laughing and flirting through the trailer.

The over a two-minute trailer gives Kangana the wide field to display a range of emotions and ‘flaws in her character’. Her agile expressions make her look like a moving human emoticon.

But what makes the trailer such a winner are its smart dialogues.  The film is already amid a controversy over ‘writing credits’ of the film. It’s co-writer Apurva Asrani had claimed that both Hansal and Kangana requested him to lend the writing credit to the actress and he did so unwillingly. Kangana on her part has clarified that Asrani got his due and it was his idea to give her the writing credit. It should also be noted that the actress is known to improvise on the script whenever she feels it’s required. In fact, the first time she made improvisation in a scene was in the Priyanka Chopra starrer Fashion. She added this ‘weird’ expression in the scene (at 4: 45) and won the national award for her small role in the film.

The dialogues in the Simran trailer are so well written, intelligent, relatable and delivered with such panache by Kangana Ranaut, that one feels like watching the trailer again and again. And every time they crack you up. This fine writing also explains why Apurva Asrani is fighting with Kangana over the credits.

Check these five super intelligent dialogues from the film’s trailer: 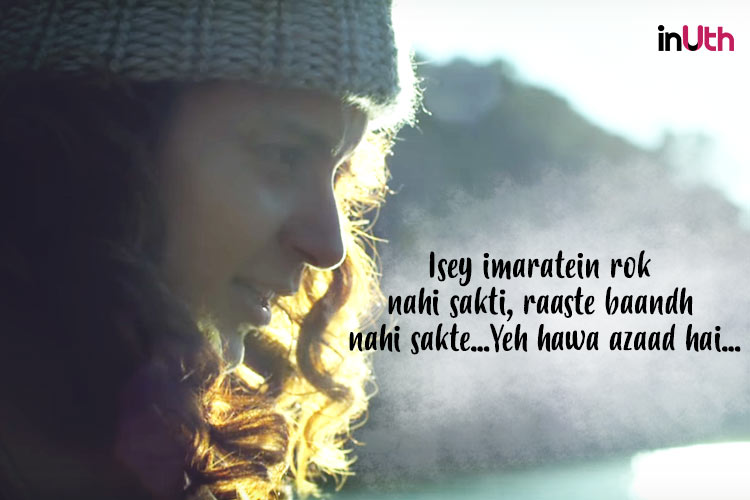 Every Indian girl with parents would relate to this.

Then there is this smooth flirting line. 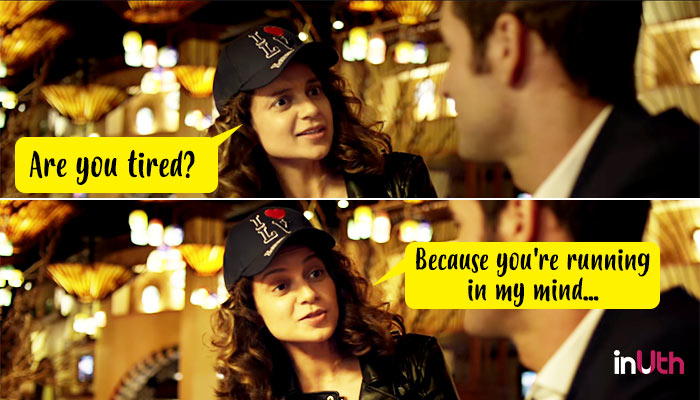 This one will go down as an important dialogue to protect women against character assassination. 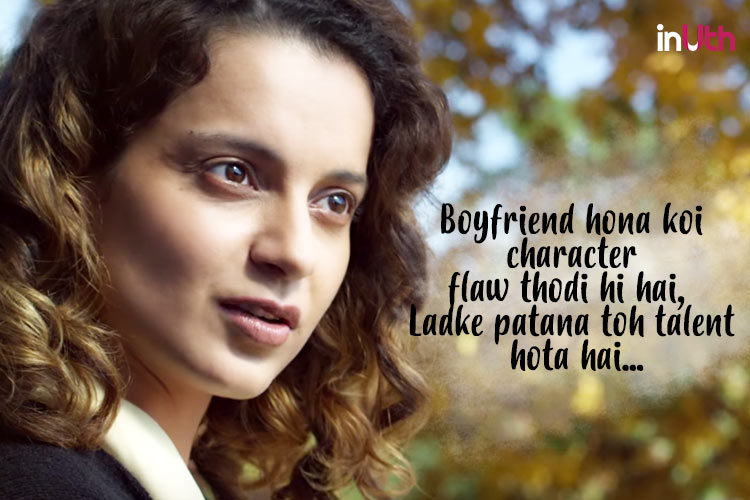 In this one, she reminds us of the famous “mera life itta kharab ho gaya” dialogue from Queen. 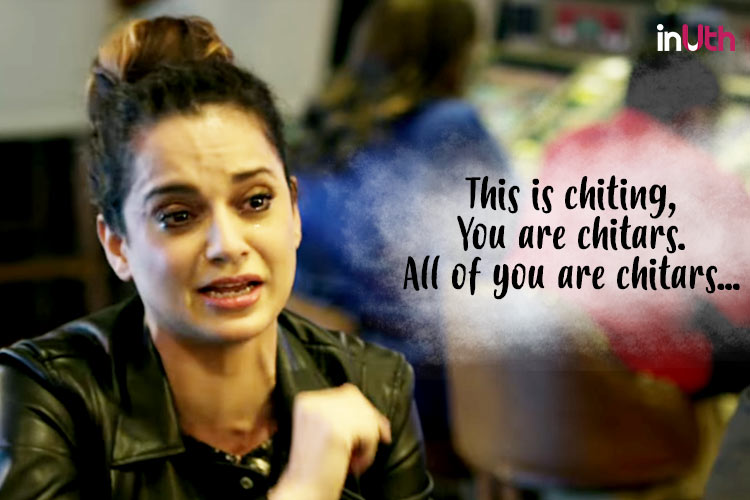 Here it is guys, much awaited #Simrantrailer https://t.co/CnRyBocgY5. Can’t wait for our lovely #Simran. This one is special @mehtahansal.

What a beautiful & refreshing trailer of #Simran. Loved it. Kangana ROCKS.:) @mehtahansal https://t.co/3dfRIoCaQa via @youtube

Really loved the trailer of #Simran, another great performance by Kangana! All the best @mehtahansal @Apurvasrani @TSeries @ShaileshRSingh!

Co-writer of Simran, Apurva Asrani was busy taking potshots at Kangana on the day of the trailer’s release.

And here it is! The much awaited #SimranTrailer, starring #KanganaRanaut and written by me. Releases 15th September. https://t.co/lgy8pDSiyJ

Kangana on her part clarified:

First of all, I want to make it clear that there are no dues pending. Somehow people make it look like Apurva has not be given his credit, that is not true. We made the contract exactly the way he wanted it to be, in fact, Apurva is the one who suggested me to take an additional credit for dialogue writing. So we made the contract that way. After Rangoon failed and some people attacked me, he decided to write the note and said what he wanted to say which I found in very bad taste. He has got the credit he wanted and there is no issue.

Now, whoever has written these dialogues between Kangana and Apurva, definitely deserves our love and loads of cookies.

The film is releasing on September 15 and we hope it flies high and gets both critical acclaim and commercial success.