Hansal Mehta has finally spoken out on the entire Apurva Ansari vs Kangana Ranaut controversy around his upcoming film, Simran. Mehta, who is known as one of the critically acclaimed filmmakers in the industry took to Twitter to express what he thinks about the issue. The post has come a few hours after Kangana’s explosive interview to a news portal where she accused the writer of allegedly threatening her that he would curate ‘another controversy’ if she demanded credit in the writing of the film.

However, seems like Hansal Mehta’s stance on the entire hoopla is in favour of Kangana. In his post on Twitter, the director has mentioned that he doesn’t  owe anybody any explanation. He also expressed how he is somebody who will only speak if the issue has come down to hit his film in a negative way. Quite sarcastically, Mehta has also mentioned that whoever wants to ‘gain attention’ through social media can do so but making a film is the biggest task of all. Here’s his post: 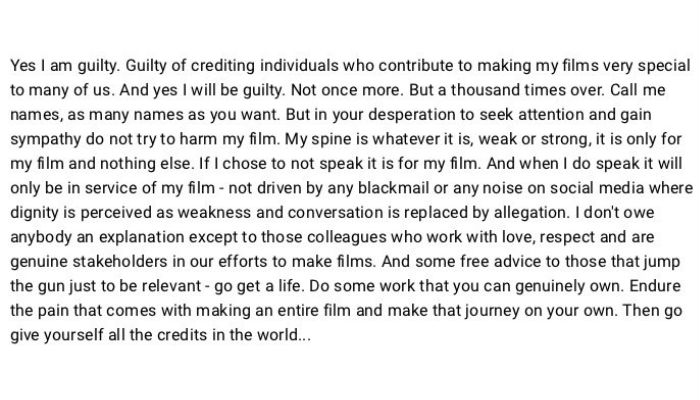 In the interview that Kangana gave, she had alleged that Apurva lacked the potential of writing a good script as was desired by both her and Hansal Mehta. She said that the writer had submitted nine drafts and none of them fell at par with their expectations and therefore, they both started to develop the script on their own in the US. Kangana also revealed that Apurva had written a dark script and she took the initiative of improvising it and made Simran how it looks like now. Here’s what her statement reads:

“Apurva’s story was this dark thriller about a drug-addict who goes into a life of crime. It also had a lot of flavour of Wolf of Wall Street with share market jargon thrown in. I made it very clear that if we’re making a film with a budget of Rs 30 crores, we need to make at least 60 cr, to even break-even. With the kind of script we had, that wouldn’t be possible as it would appeal to very limited people. Hansal then told me that I was free to talk to Apurva and get the script tweaked to make it more accessible.

When I started collaborating with Apurva, I realised this isn’t a writer who matches my expectations. And when I enquired about his previous writing work, I realised he hadn’t done them.” 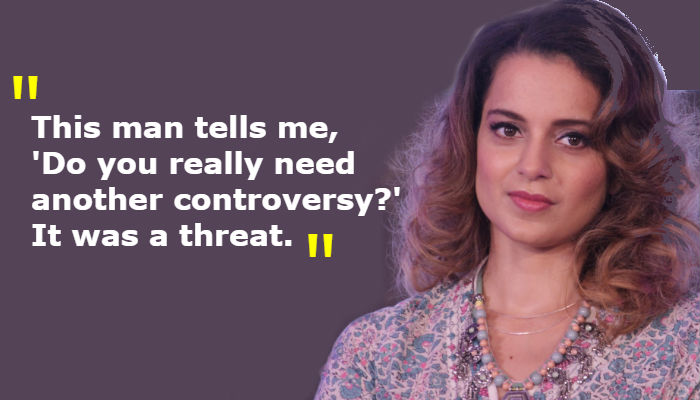 The entire issue began with Apurva’s big Facebook post that he wrote on May 16. In the post, he accused Hansal Mehta of requesting him to give the ‘co-writer’ credit to Kangana which he eventually refused but settled for an ‘additional story and dialogue writer’ credit. However, Kangana’s name appeared on the poster of Simran above his name and what troubled him more, as he mentioned, was Kangana’s blabbering about how she had developed the film’s script from a ‘one-line.’ You can read the said post here: