One can easily list many reasons to love Shah Rukh Khan but there will always be something more that can be added to the list. The superstar who has a fan following of millions across the world did something on Teacher’s Day which will make you love him more. A leading daily interviewed Shah Rukh’s professor from Hansraj College and his reply to the video was heart-warming to say the least.

Shah Rukh’s professor from Hansraj college, Anita ma’am, recalled how he came late to class. She revealed Shah Rukh always had a hockey stick with him and that he was extremely intelligent. Despite not attending too many classes, he passed with good marks. As soon as the daily posted the video, Shah Rukh replied to it. He thanked everyone for giving him the confidence to say ‘I don’t know all’.

This gesture by Shah Rukh Khan only reveals how much he pays attention to little things. The Delhi University alumnus likes to stay in touch with his roots. Shah Rukh Khan did Economic Honours from the coveted college and passed in 1988. However, he had not collected his graduation degree until 2016. The superstar went to his college last year to collect the degree. On the special occasion he had said:

This is a very special moment for me. I am back in my college, which I left in 1988. I am missing only one thing — my children are not with me today, as I wanted to show them every corner of my college. 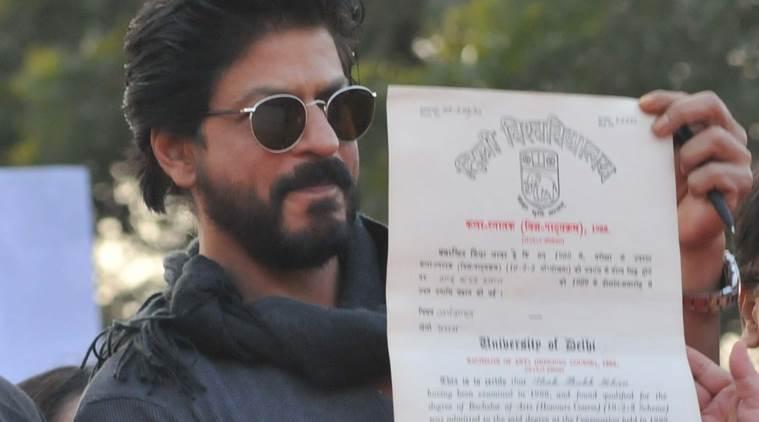 Also read: 23 years after Darr, Sunny Deol reveals the story behind his fall out with YRF and Shah Rukh Khan

We are very happy to present him the degree after so many years. We had kept his degree safely in our college. We are proud to bestow him with it today.

Well, by wishing his professor on Teacher’s Day, Shah Rukh Khan has proved he is the best student ever. In case you want to check out that super-sweet tweet by King Khan, just scroll further:

Thx to each & every woman,child &man who gave me the confidence to say ‘I don’t know all’ & sorry for being tardy https://t.co/sPN99lR3Ue