Shah Rukh Khan is all geared up and busy promoting his next release Jab Harry Met Sejal. He is leaving no stone unturned to make the Imtiaz Ali directorial a blockbuster at the Box Office. The film is yet another brilliant example of Shah Rukh’s acting skills and also justifies the tag ‘King of Romance’ given to him. The movie is slated to release on 4 August.

While promoting JHMS, SRK was quizzed about his flawless acting skills and what was the most practical advice he has ever received. Sharing the instance from Circus, Shah Rukh recalls “There was a gentleman Pushkar, who was the AD of the show and Mr. KN Singh was related to him. He advised me- observe, absorb and take it out when called upon to do so. This is most practical acting advice I would to kids, youngsters and at times myself.”

The film marks the return of Shah Rukh Khan in the romantic space after Rab Ne Bana Di Jodi and it’s expected that the audience to get swayed by the magic of the king of romance yet again. 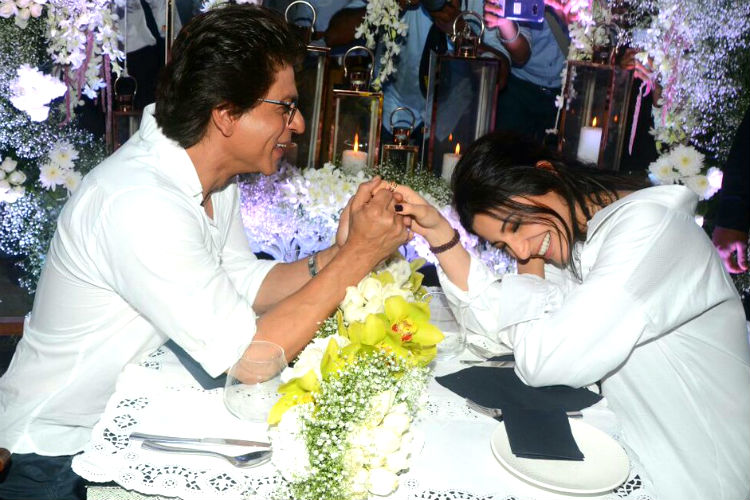 In the film SRK aka Harry, a guide who doesn’t know where his life is headed. By his own admission, Harry is a cheap man whose intentions towards women aren’t good. But Sejal is not affected by it and thinks it is his problem that he is a cheap man.

On the journey to find the ring, Shah Rukh and Anushka get close and eventually fall in love. But like every love story, there is a twist and Sejal is quite adamant she won’t leave her fiance. The trailer gives an insight into their lives and I am glad Imtiaz Alis has brought to us this refreshing tale.

As the tour guide, Shah Rukh does a commendable job and Anushka Sharma as the confused girl deserves all the lauds. This Imtiaz Ali movie’s tagline is ‘What you seek is seeking you’ and it seems this will serve as a guide to all those lost in life. Pritam’s music is an added bonus making Jab Harry Met Sejal‘s trailer one of a kind.

Check out the trailer of Jab Harry Met Sejal here: